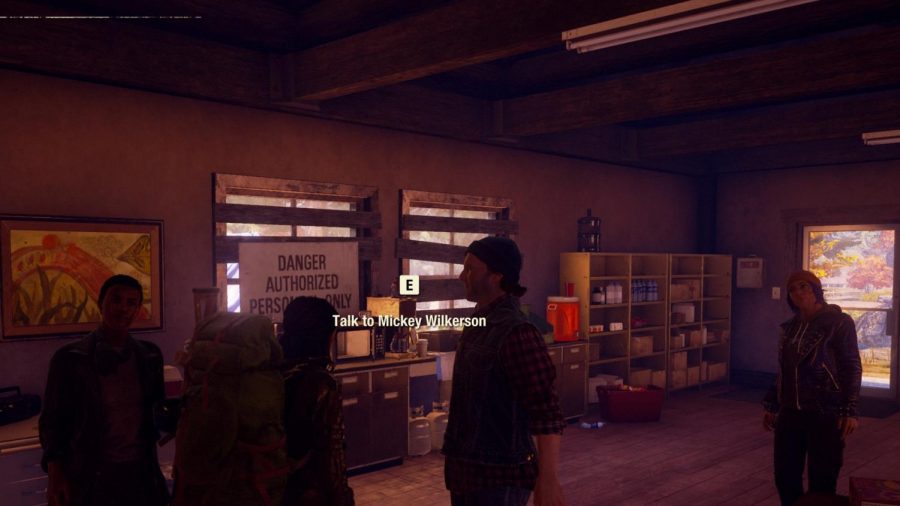 By far one of the most compelling aspects of State of Decay 2 is the adventure—and sorrow—each irreversible decision can present and so its latest “Homecoming” update has the opportunity to bring in a new storyline that takes place in Trumbull Valley of the original State of Decay; at least, if it wasn’t hidden by bugs.

It is a troublesome issue, yet given that the Undead Team is showing dedication to not only working on State of Decay 3 but also making new content for its present-day game on a regular basis means that players will not deal with these bugs for long.

These bugs in particular are more frustrating than the infestations that riddle Trumbull Valley for the reason that it is barring long-time fans from discovering what has occurred since the events of the “Heartland” DLC.

Specifically, it is mission pacing, spawn times, and repeating questlines that plague Trumbull Valley and make it more of an oversized Easter Egg hunt instead of a campaign the player naturally sets into through exploration.

One storyline players would like to finish is “The Wilkerson Reckoning” because it centers upon the titular Mickey Wilkerson, an once-opportunistic bandit known throughout Trumbull while the original cast escaped in search of more bountiful neighborhoods.

Not to mention, Wilkerson is also tied to achievement awarded for completing all of his missions outside of “Heartland,” which is proving the most vexing to finish for completionist-type players.

However, it is not because it is difficult, it is made difficult only by the fact that a specific character called Alexis Carter leaves Trumbull before the player can meet a dying Ray Santos, another similarly old State of Decay character whose last quest requires Wilkerson to join as well.

To complete all the prerequisite missions and obtain “You’re So Fine You Blow My Mind” requires either luck or patience, except for the latter to work would mean having to know that there is a Santos storyline in the first place.

Needless to say, it is a hectic time for State of Decay 2 fans and newcomers alike, but the lore that is presented by the missions that are not compromised by bugs implicates an overarching story of redemption, forgiveness, and charity.

For Wilkerson, it is redefining his family name by helping Lily Ritter, a likewise returning character, with managing the Network, the influential survivor faction that Ritter runs to assist survivors throughout the apocalypse in whatever way they can in an attempt to rebuild civilization.

With Ritter and Santos, it is realizing that sometimes a re-evaluation is needed and that rehabilitation and concessions make for the building blocks of a better future—and a legacy to use as reference.

Although older players might more successfully feel the emotional weight of why Wilkerson is redeeming himself and losing Santos, newer players are still able to understand and sympathize thanks to context clues in both quest dialogue and environment detail.

Regardless of the bugs, “Homecoming” proves itself a treasure trove of lore—and unintentional challenge—that will make an excellent addition to the stories forged by players through steel and gunpowder alike.