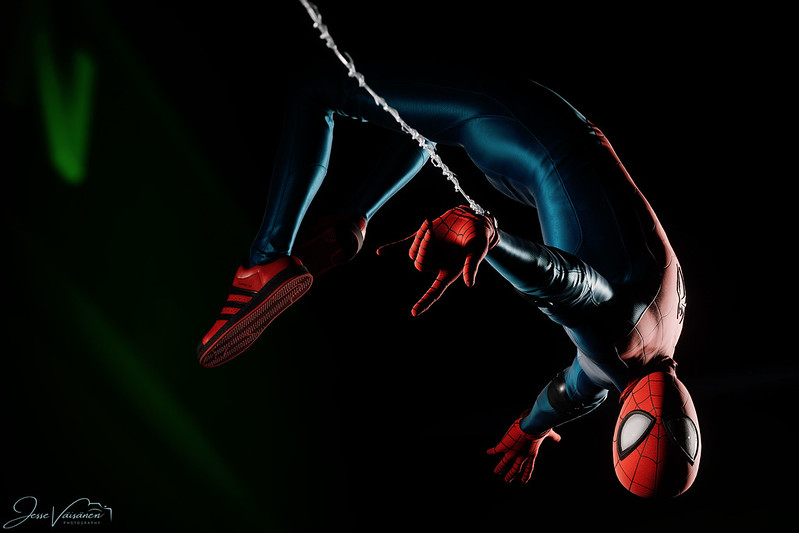 Sony is planning to release the Spider-man 2 game featuring Peter Parker, Miles Morales, Kraven the Hunter and Venom. The game will be out sometime in 2023 there has yet to be an official release date. Photo credit: Jesse Väisänen/ Flickr

PlayStation users and gamers in general have a lot in store for them in the next few years.

The 2021 PlayStation Showcase announced game titles that fans have been waiting for and titles that nobody saw coming.

The two most hyped up announcements were easily the Star Wars: Knights of The Old Republic remake and the Wolverine video game teaser.

Fans have been demanding Knights of The Old Republic to make a comeback and they are finally getting their wish.

Rumors surrounding the game have been circling since early 2020, but nothing has been confirmed until now.

As for the Wolverine teaser, not one person saw this coming. This iconic superhero has not been seen on the video screen since 2009.

It is thrilling to see what Insomniac has in store for this character, but fans won’t be able to play with him for at least three years.

An open world video game revolving around Wolverine is something gamers have never seen but definitely need.

Another Insomniac game that fans have been waiting for was Spider-Man 2.

The trailer did not disappoint as fans got to see Peter Parker and Miles Morales finally in action together. Kraven the Hunter was also introduced as well as popular super villain Venom.

Insomniac has been on their grind as most fans did not expect a trailer so soon.

Sony looks to release the Marvel game sometime in 2023.

God Of War: Ragnorok revealed a whole new world for Kratos and his son. Lands that players were not allowed to visit in the last game have been confirmed to be playable.

A series that has always met expectations, this game is looking like a spectacular ending to the beloved character of Kratos.

Old games that were mentioned during the showcase include Uncharted and Gran Turismo.

Sony is bringing the Uncharted franchise to PC and remastering it for PS5.

Gran Turismo 7 has been finally given a release date for March 4, 2022.

Other titles announced are upcoming hack-and-slash Project Eve, which looks beautiful, and Forspoken who’s trailer shows off dragons, magic and an interesting story of character Frey in her journey of Athia.

Another Marvel project that was displayed was Guardians of the Galaxy. Fans will get to play with all five characters as they explore the Marvel universe.

PlayStation users got to walk away with at least one title, if not a few, that they can be extremely excited about.

This year’s showcase shocked fans by displaying a wide variety of games as opposed to focusing on one title that has been talked about for months.

With this showcase, PlayStation is separating themselves from the competition.