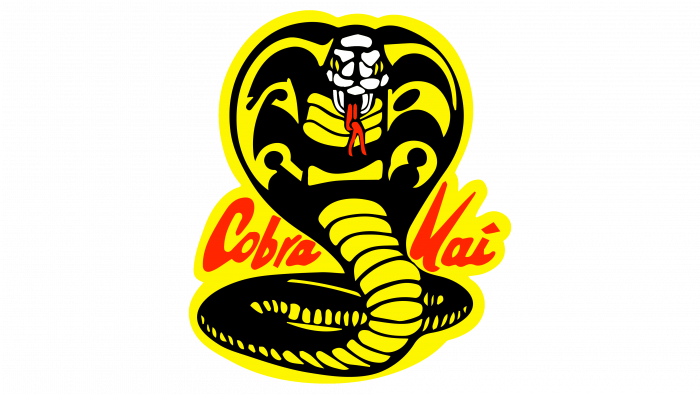 This is the logo of the TV show called Cobra Kai and the 5th season released on Sept. 5 of this year.

The brand new season of Cobra Kai came out on Sept. 5, fans couldn’t wait for it and the season has excellent reviews on Netflix and also on forbes.com.

This season’s main focus is the new villain to the show Terry Silver portrayed by Thomas Ian Griffith and how he took control of the dojo from John Kresse who is the original villain in the series.

The season brought more people from the past karate kid films like the actress Robyn Lively who plays Jessica Andrews from the trilogy of the Karate Kid and Sean Kanan who plays Mike Barnes.

A major surprise to see these characters again the fans thought and more surprises in the show as it continues.

According to Forbes.com, Cobra Kai has a high percentage rating that surpasses the rest of the seasons from the fan votes.

Last season John Kresse was framed and set up to be placed in prison by his former friend and business partner Terry Silver.

Now that John is in prison he tries to figure out ways that he can do to achieve getting out of prison.

Rotten Tomatoes are giving this review on the critic rating a solid 100% and a 94% for the audience on their website.

The fans are satisfied with what the series has become because now each episode is becoming a cliffhanger every time and the audience is curious to see what happens.

Ralph Macchio who is an amazing actor brought an outstanding performance yet again in the Netflix series, his character Daniel LaRusso, who still runs a dojo of his own called Miyagi Do and owns a car dealership.

He continues to do what is right for his students and wants to stop Terry Silver at all costs from harming his family and his students.

The valley karate tournament Miyagi Do was unfortunately lost by Cobra Kai due to the referee being paid off to cheat for Cobra Kai, but none of the students knew about it except for one.

There have been no negative reviews on the series so far this series is what makes Gen X and Millennials want to binge-watch the entire season twice because they can relate to the show.

Lastly, John Kresse who is portrayed by Martin Kove is the most talked about character in the season by far.

Kreese was falsely accused of assault by another student of the dojo and he has been trying to figure out why has Terry betrayed him.

Kresse’s time in prison made him more cunning and quite the master manipulator of the inmates and the counselor.

He even got the majority of the inmates to call him “Sensei’ and they get him whatever he wants.

Kreese also finds a diabolical plan to escape from prison by faking his death only to get a key from the prison therapist and manages to get away. So this season was worth the wait.