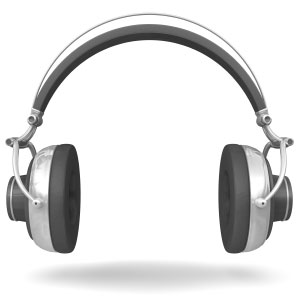 In this generation, most twenty-one year olds are into music that makes no sense. Well a good

percentage of them. For Gabby Varela the music she listens to is a shocker to this young generation

and not to mention that she has her own radio show with the music she has so much passion for.

I spoke with Gabby Varela about her preference of music and her radio show.

Demo: Hey, this Demo Aquino and im reporting and right now I have a special guest with me and her

name is Gabby Varela also known as Peggy Sue. How are you doing Peggy?

Gabby: Good and you?

Demo: The reason I got you to be my guest, is because you’re just an interesting person.

Demo: Yeah you are, you definitely have a show on WPMD here at Cerritos College.

Demo: And, I just trip out at what kind of show you have. Let them know what your show is about.

Gabby: My show is about thirties, forties, and fifties music. It’s the big band era and the rag time era

and rock and roll music. So, it’s a pretty diverse show, but, I love it it’s so different.

Demo: But why did you choose to have that kind of show? I mean you are twenty-one years old and

I’m assuming that you will be more into the pop culture.

Demo: But why that era?

Gabby: Well, my grandpa got me into Frank Sinatra

Gabby: And so, I love him and I wanted to do a show that would you know have people get to know

Gabby: So, I just wanted to bring on to every bodies horizons.

Demo: And this is something because of your grandpa, so, he influenced you with his music?

Demo: Frank Sinatra, is that like your favorite artist?

Gabby: Yes he is.

Demo: Is that because your grandfather introduced you to him? Or just as you know listening to

music from that era that caught your attention, him as an artist?

Gabby: Well both, I mean it connects my grandpa and my grandpa passed, and so, you know I feel like

and who he would play with like The Glen Miller Band or Tommy and Jimmy Dorsey, so, it was pretty

interesting to me, so, I grew on what my grandpa had already taught me.

Demo: And how old were you when this happened?

Demo: So you know basically the whole story of Frank Sinatra, so, you have a good sense of what he

not know that you know?

Gabby: Um, Frank Sinatra was a singing waiter he started off there that was his first job and maybe

so she was trying to wake him up but damaged his ear drum. So for a singer to have a damaged ear

drum and sound the way he sounded that was amazing.