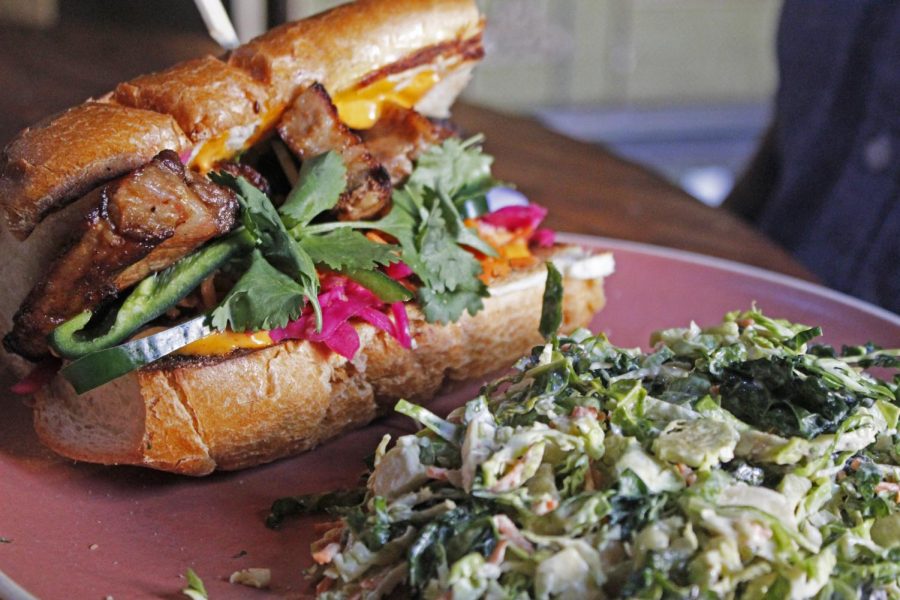 The Pork Bahn Mie was one the most colorful and delicious dishes accompanied with a light and delicious kale salad that complimented the heat from the sriracha sauce.