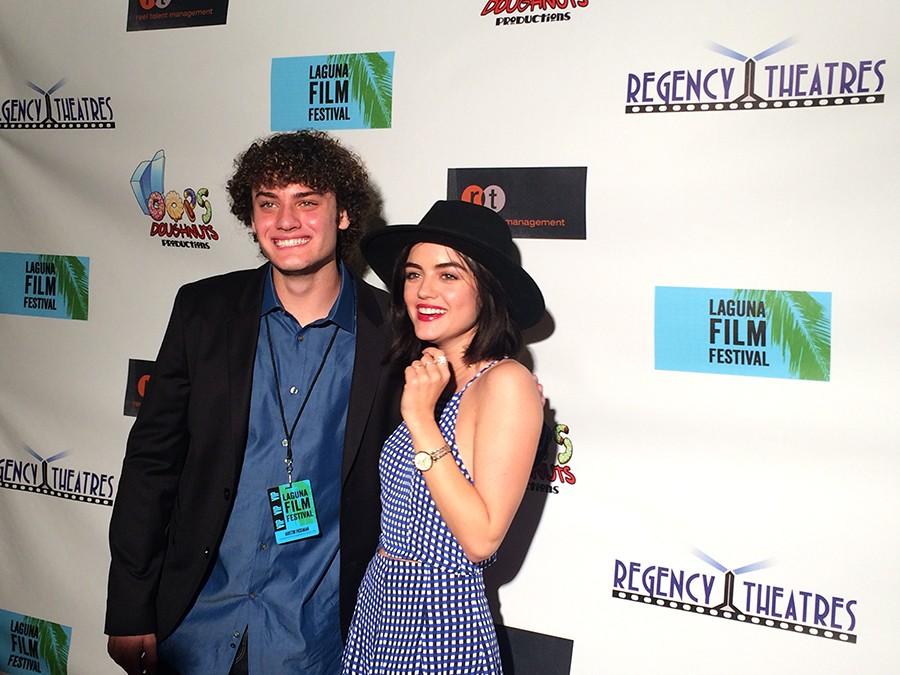 At the age of 18, most people are trying to decide what college to go to or contemplating which career to get into. However, Austin Fickman, the son of film director Andy Fickman, founded the first ever Laguna Film Festival at the age of 18.

Laguna Niguel Regency Theaters hosted the Laguna Film Festival on Oct. 16 to 18, and left their doors open for regular matinees maintaining their hours of operation along side the festival. Actresses Lucy Hale (Pretty Little Liars) and Shanola Hampton (Shameless) made guest appearances throughout day one and two and attracted hordes of people to the festival.The inaugural film fest featured 76 short films from over 69 countries. The nine categories ranged from: documentary, animation, drama, sci-fi, comedy, horror, experimental, youth produced shorts, film school produced shorts and celebrity produced shorts.Of the short films submitted, “Alzheimers: a love story” was awarded best short film overall and documentary, as well as the audience choice for best documentary. Due to time constraints the experimental category was cut from the Laguna film festival line-up.“Experimental is such a niche category we had a few at the end of the day it was about 20 minutes total of experimental shorts we were trying out the best way to accommodate that one. We didn’t have enough content for that (category) and we were already cutting it close, time-wise we didn’t have enough time to do it unfortunately,” said Fickman The film fest gave an opportunity to film makers from around the world to network and feed off of each other and gain secondhand experience in film.Director of “Treehugger” Kira Bursky reflected on the opportunity it gave young filmmakers to network with one another and her receiving an award for her film.“I feel really honored and happy, these are the first awards that I have received for Treehugger. I feel honored because there are a lot of talented filmmakers and films here.” Bursky said.

Though many films were submitted, not everyone involved in each respective film could make it to the festival.

The judges will donate their time and meet with every winner from each category and discuss their film, giving those that couldn’t make the trip a chance to network as well.

Fickman is already planning next year’s Laguna Film Festival, coming up with avenues to expand and incorporate more films.

“We already have some ideas for next year on how we can restructure and add-on if we want to do a Thursday through Sunday thing, to get that extra day and feature more work and possibly have two screenings of one film for those who miss it. The people at Regency have been nothing but mazing to us, the facility is amazing,” said Fickman. “This is such a perfect venue you have Hollywood movies screening and arthouse films. You get such a variety at this theatre. This is definitely going to be the permanent home for this festival.”