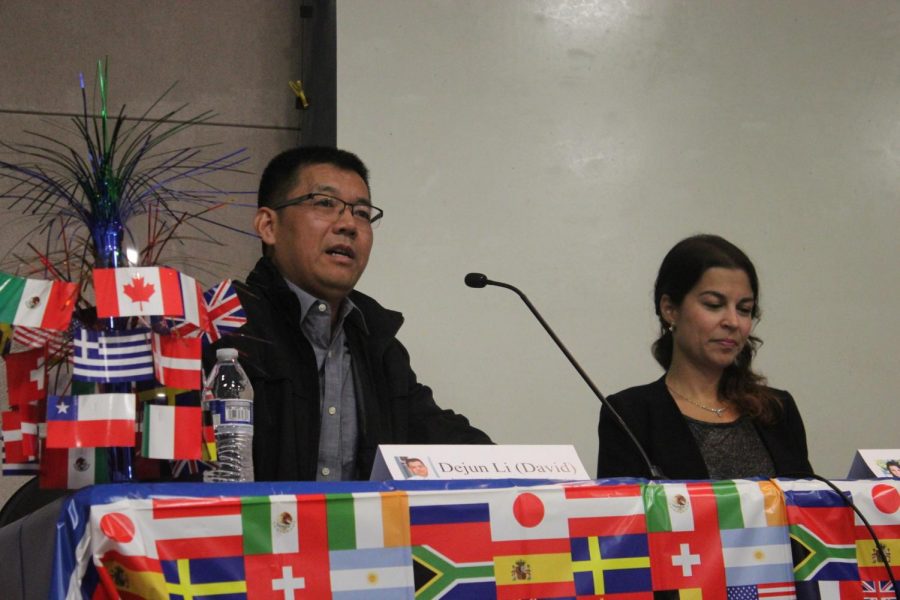 Cerritos College students were given the opportunity to listen to the stories of the experiences educators face when they first arrived in the United States.

“In Their Own Words” was one of a series of lectures, cultural exchanges and performances the International Student Services created for International Education Week, from Nov. 13-17.

International Student Services used this week to welcome international students to Cerritos College and to help them achieve their academic endeavors.

“The language was difficult for me,” Li said. “It is different compared to other languages due to the slang students would say.”

Li also stated that the U.S. is not accustomed to the use of metric system, which caused confusion and miscommunication with his applications.

“A lot of people assumed that I spoke Spanish when I actually spoke Portuguese,” Pereira stated.

She added that she motivated herself to master both English and Spanish in order to understand as much of the community as possible.

“The goal is to keep moving forward,” she said, “Don’t stop.”

“Students are not only competing against classmates, they are competing with people around the world,” Fierro said. “Students should learn the field and be culturally aware.”

He stated that having students from different countries will expose the rest of the student body to other ideas and viewpoints from other parts of the world — encouraging all students to interact with one another.

“Embrace each other,” Fierro said, “Learn from each other.”

Obasohan agreed with Fierro’s statement about the community learning from each other, stating that the knowledge gained from others will lead towards possible opportunities.

“Opportunity is the most expensive gift you can receive,” he said, “grab it.”

International Education Week is celebrated over 100 countries worldwide, promoting the benefit of education, the exposure of both culture and politics and to encourage international students to become leaders and ambassadors in their home country.