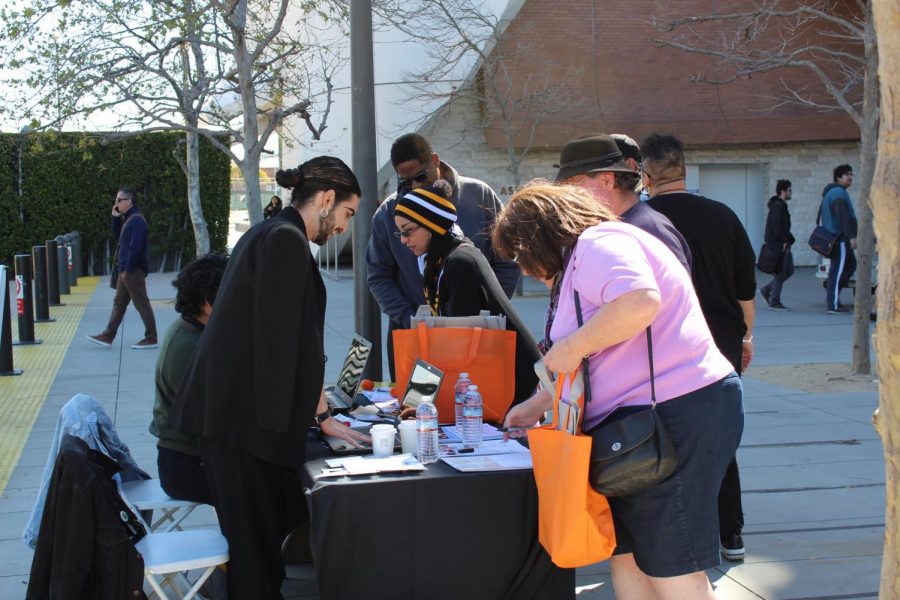 "Transcend" was South LA's first ever transgender job fair. The event was held in Los Angeles Trade-Technical College on March 13.

Trans Can Work and St. John’s teamed up on March 13 to host “Transcend”, South LA’s first ever transgender job fair, an opportunity that was free for all in the transgender community and all employers eager to recruit them.

The event was held at the Los Angeles Trade-Technical College from 9AM-4PM, and was expected to have over 350 job seekers just based on RSVP’s alone.

Inside, attendees were welcomed by name tags that allowed the individual to express their preferred pronouns and the big-name employers they represented such as Starbucks, Paramount Pictures, UCLA, and Bank of America.

Rex Wilde, the Program Director for Trans Can Work, stated that although similar events have been held in the past, it was important to be held in communities outside of just Hollywood.

“So often the communities outside those areas just aren’t represented,” Wilde explained. “They don’t have as much opportunity and need to be able to have access to events like this.”

To RoxiennaRayne Caramello-Cumba, a transgender job seeker, it meant “everything in the world.”

“I have babies to support. I still have a life and a dream to accomplish,” she explained. “You can go into a place that says ‘now hiring’, and it’s basically ‘we’re hiring, just not you.’”

Other than jobs, the members of the transgender community were also made aware of different resources available to them such as case managers, victim advocates, and free or low-cost healthcare.

Teanna Herrera, one of the case managers and victim advocates at St. Johns, expressed that she sees all that come to her as “patients; not clients.”

This is the first time “Transcend” had been held, but certainly will not be the last.

“It can only go bigger from this,” said Jessie Garcia, the Trans Empower Workforce Development Program Manager at St. John’s. “We need a bigger venue next time because we have more employers that want to come.”

Wilde agreed, and stated that the goal is that hopefully in 5 years, the event will take place “in at least 10 different cities across the United States.”

It is the hope of many that this vision will become a reality, as this is expected to be a yearly event .

Besides empowering those to seek jobs, the organizers also aspire to remind the community that they’re people too.

“If you’re not trans, you’re not going to understand the trans experience,” expressed Jason Hill, one of the event organizers from St. John’s.

Carter Nunez, job seeker, stated that because of this event, it feels like their community is “finally being seen and heard.”