Eid at the Beach emphasizes community for Muslims 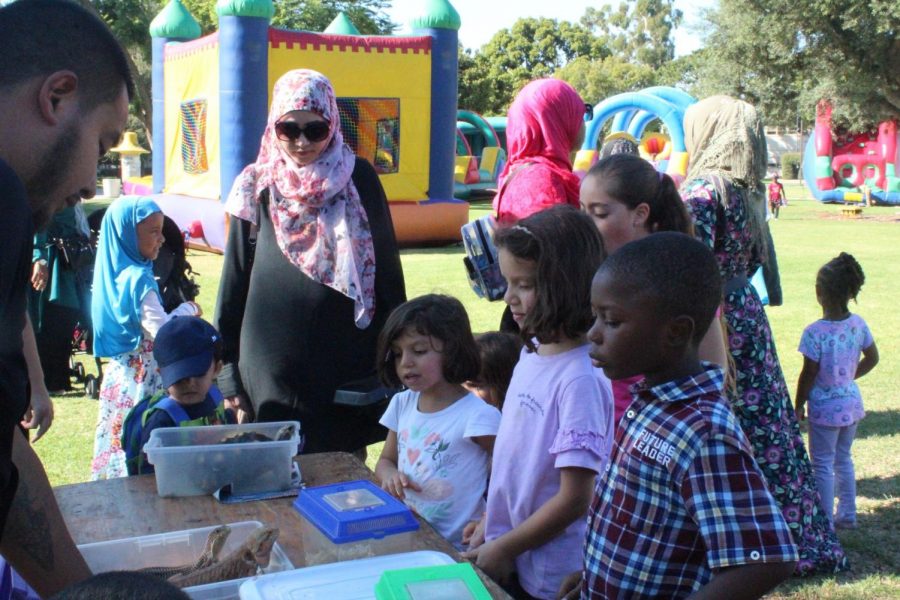 The Muslim Student Association at California State University Long Beach hosted their 13th annual Eid celebration following Eid Al-Adha, the Islamic festival of sacrifice. Muslim families and other folks alike were privy to the multiple activities provided for them to come together as a community on August 24, 2019.

“It’s all about caring, loving, you know… Islam is love, peace, that’s what it is.”

Moussa Sangare was among the large crowd of folks who gathered their families for the 13th annual Eid at the Beach to celebrate Eid Al-Adha, an Islamic festival of sacrifice, on Aug. 24.

The Muslim Student Association at Cal State University Long Beach hosted the event, being one of the biggest student-led events for Muslims on the West Coast, said Leen Almahdi, president of the MSA.

She said that after Ramadan, the holy month of fasting, it’s easier to feel a sense of community and connectedness due to an abundance of gatherings, but it is less common with Eid Al-Adha.

“It’s really important to have an event like this because we recognize that there’s a lot of folks in our community who are like within the lower socioeconomic status,” Almahdi explained, “So it’s really vital for us to have an affordable event where people can come and feel like there’s a community.”

The event ground was filled with jumpers, obstacle courses and vendors.

Activities included a Quran competition, henna and face painting, and a reptile show– in which children eagerly petted a bearded dragon and a large yellow python, among other reptiles, while also chasing around a tortoise, squealing with laughter.

Ibrahim Dyfan, who has attended Eid at the Beach before, acknowledged the stigma surrounding Muslims and that extremists in any form of religion should not represent an entire community.

“As you can see, we are peaceful, we’re playing with snakes, we’re building planes… everybody [is] with their families,” Dyfan said, “In a takeaway, don’t generalize. Know the individual themselves.”

Dyfan said when he attended university, there weren’t events such as Eid at the Beach for Muslims to gather.

“This is pretty good and this is going to continue growing. That’s what we want, is for everybody to know that we are not what they portray on TV. We are just normal people… we come from different cultures and different backgrounds,” Dyfan said.

Sangare added that they need to get out with the community and explain what Islam is really about.

“As Muslims, we are taught to learn,” Sangare said, “That’s what Islam teaches you, to be the best, best you can… and help people”