The Third Eye comes to Anaheim 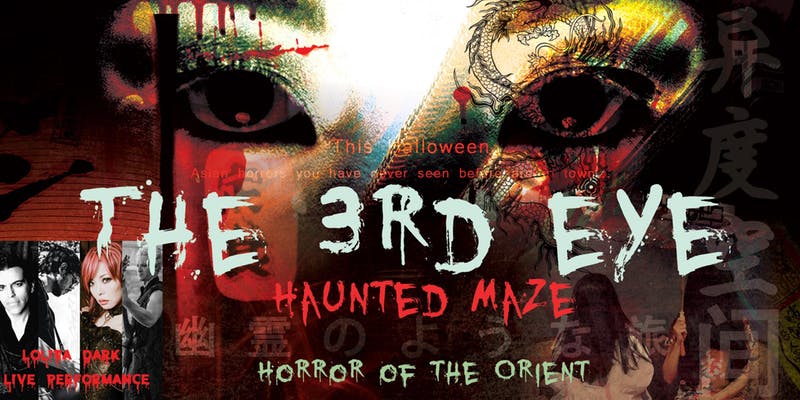 For 12 years, Richard and Christina Gao have carried on a tradition established by their former neighbors. Every year they set up a haunted maze in their garage and backyard with the help of family and friends.

This year, they’ve taken their mazes to a larger scale, setting up a temporary haunted maze in the Anaheim Gardenwalk, while preparing for a full scale establishment.

Christina states that she and her husband Richard use Halloween as a way of blending their culture in which Christina being Chinese and Richard Taiwanese, with the American culture.

“Some immigrants like us, want to blend in the culture. In our culture we don’t have this holiday,” Christina said. “Traditional Chinese [culture] doesn’t even allow for us to do these kinds of things like ghosts.”

The theme of this year’s maze is The Third Eye, displaying a combination of eastern and western culture. This blend provides an experience that strays away from common themes such as zombies and vampires, resulting in a fresh, unique feel.

The Third Eye in Chinese tradition refers to those people believed to have a third eye , who can see things that normal people cannot see in everyday life.

As Christina stated, they wished to showcase new types of ghosts, as well as spiritual horror.

This is the couple’s first year creating a haunted maze for the city of Anaheim, the current Third Eye Maze serves as a temporary attraction. The permanent location will open in the summer of 2020 and will run year round with different changes made with every season.

“The City of Anaheim was chosen as it “has people from all over the world,” Christina states.

The maze itself is done well, making use of eerie yet beautiful lighting, as well as a design that forces you to progress in a single file line, therefore exposing yourself further to the terrors lurking within.

The narrow halls also create a drawback in which those who are wider set are unable to navigate comfortably.

Navigation in general is also an issue, as there are little directional cues provided, so maze goers are left stumbling into walls and having to struggle for directions, breaking the immersion. Occasional signs are provided, but are often vague and serve only to confuse the maze goer.

Shari Sanahi a member of the merchandising team states “They did good with a small unit but they could improve camouflage to make it more immersive”.

William Weeks, an attendee, stated that “There were a couple times where I had no idea where to go.”

Towards the end of the attraction, participants are left with no choice but to crawl through a low and narrow tunnel, which is not suited for taller or heavier set people.

The tunnel is with webs that hang low, resulting in webs and prop spiders getting stuck in one’s hair.

“They should warn people they’ll have to crawl,” Weeks said. “I’m not sure it was worth 15 dollars.”

The event will run through the end of the year, and the full-scale attraction will feature 6000 square feet of floor space, new animatronics, and an elevator as part of the maze.