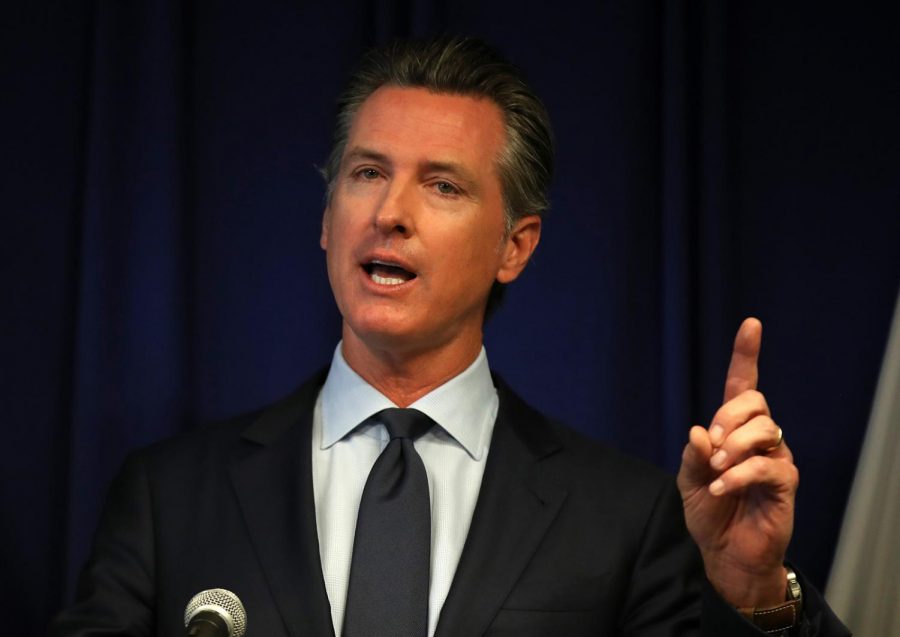 California Governor Gavin Newsom announced on May 14 the state’s plan of action in curtailing the spread of the Coronavirus and revealed Sacramento’s strategy to alleviate the growing $54 billion deficit.

After the budget’s crisis readjustment, it proposed a $13.5 billion decrease in projected spending in the K-12 public school system and California community colleges.

The deficit hits the state after a reported $5.6 budget surplus earlier in 2020.

“The federal government, we need you. These cuts can’t be negated and can’t be dismissed,” said Newsom in his public announcement on Friday. “The enormity of the task at hand cannot just be borne by a state.”

His final words beckoned the help of the federal government to aid the country’s largest economy and largest population. This call was echoed from other state governments including Colorado, Nevada, Oregon and Washington, all asking for additional federal aid as they combat the pandemic while also initiating economic reopenings.

The Los Angeles Times reports that 75% of California’s deficit is attributed to the collapse of state tax revenues. The remaining 25% is the result of an increased number of applications for health and social service programs.

The Trump administration and the Republican Senate Majority Leader Mitch McConnell have resisted sending additional aid to certain states, calling it “blue state bailouts” and even suggesting that governments asking for assistance should be “thoroughly evaluated” to make sure they do not misuse federal dollars.

“We all have governors regardless of party who would love to have free money. And that’s why I said yesterday we’re going to push the pause button here, because I think this whole business of additional assistance for state and local governments need to be thoroughly evaluated,” McConnell said in an interview with conservative radio host Hugh Hewitt.

The California Department of Health had reported “an increase of 56,117 tests over the prior 24-hour reporting period” totaling 1.23 million tests completed in the state.

This wave of testing noted a 2.7% increase in cases

According to Newsom, conservative spending in the 2019-2020 fiscal year “allowed us to increase our reserves to a record $16.2 billion dollars. That was just one of a number of reserve accounts.”