Norwalk residents upset with restaurants and markets leaving the city 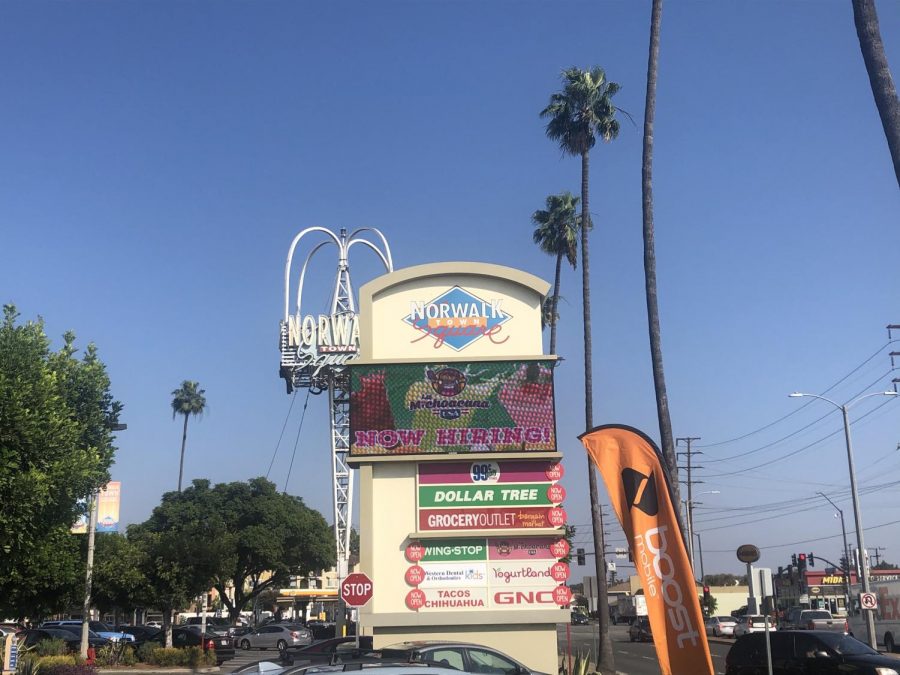 Norwalk Town Square is one of the only shopping Centers in the City of Norwalk that has all the businesses in operations. This center has food shops and some conveniences shops. Oct. 7.

The City of Norwalk was never known to have been that go-to-city to hang out in due to most restaurants that were in Norwalk have been closed down and shopping centers as well.

“It is frustrating to see the cities around us have all the nice malls, shopping centers, and restaurants. We have to drive to the different cities and spend our money over there instead of in our own Norwalk.” said Norwalk resident Anita Esquivel.

Restaurants and stores that used to be in the city such as Sizzler, Red Lobster, Round Table Pizza, Arby’s, Walmart and Ralphs super market have all closed down over the years.

The closure of Walmart in 2019 sent shock waves in the the community and had an adverse affect on the residents of the City.

The residents were dumbfounded by the closure since it always seemed to do good business. Most everyday cars filled the entire parking lot.

Since its closure, Norwalk residents are forced to travel to either Downey or Cerritos for their Walmart shopping needs.

Hortencia Hernandez, a long time resident of Norwalk said, “It is a burden since I have no transportation. It makes it difficult for me to shop now since the Norwalk Walmart was the closet store to where I live.”

“Everybody enjoyed the variety of restaurants we had in Norwalk and I feel as if we took advantage of them by patronizing them, so I don’t know why these businesses moved out of our city. We now have to go over to Downey, La Mirada and other cities. All we have now are small mom and pop businesses,” she added.

In total, there are only four major restaurants in the entire City of Norwalk, while in contrast, Cerritos has the double the amount of restaurants and shopping centers combined and this is also true for other neighboring cities like Downey, Santa Fe Springs, and Bellflower.

Residents have complained about how Norwalk Town Square does not compare to Downey Landing or Cerritos Towne Center.

Many people throughout the City of Norwalk, seem very disappointed that their city isn’t bringing in the good and popular franchise restaurants and instead accepting new places that no one has ever heard before.

According to the Norwalk Patriot, the Norwalk City Council approved a new development called Fitness Village. This is a 37,000 square foot gym and will include two drive thru establishments including Panera Bread and Chick-Fil-A.

It is located at Imperial Highway and Bloomfield. Panera Bread and Chick- Fil- A are both fast food establishments they are both very popular.

Since Norwalk has such the transportation advantage that few of the surrounding cities have, it would be a huge improvement for the city of Norwalk could bring in more recognizable restaurants and shopping franchises bringing it inline with other cities and making it as popular as them too.