Restaurants forced to choose between safety and survival 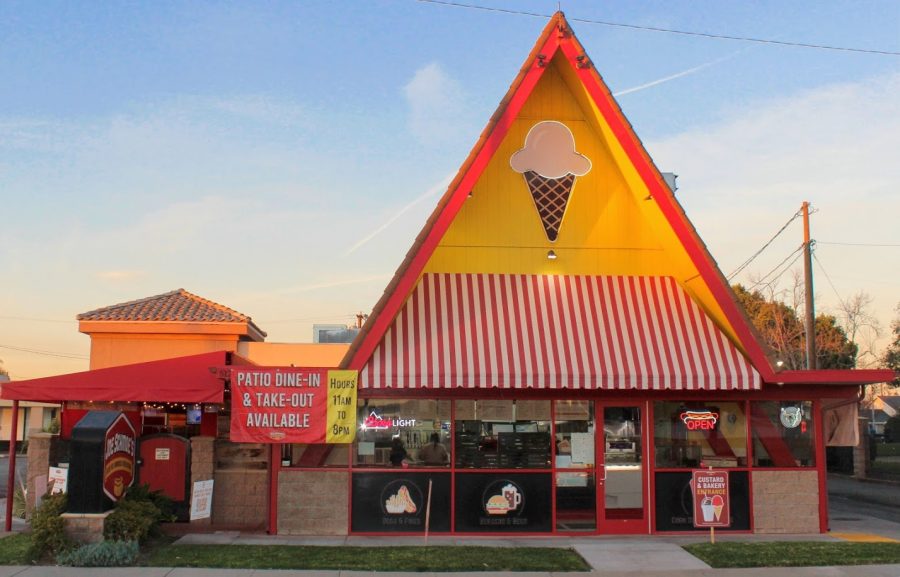 As most of California remains under COVID-19 restriction, with cases continuing to rise seven weeks after the latest stay-at-home order, bars, wineries, and restaurant dining remain open for takeout only. Small businesses continue to struggle as the pandemic’s surge continues.

Newsom lifted the order for the 13-county Sacramento region on Jan. 12, but Los Angeles County and Orange County remain restricted.

Among those struggling businesses that have chosen to adhere to the closure is Fronk’s, a Bellflower restaurant that opened in 2010. The local favorite initially laid off their entire staff during March’s stay-at-home order and have only hired back a few employees since then.

Tony Acero, the general manager, has taken it upon himself to work virtually every day as a cost-cutting measure. He said the rest of the staff are working minimum hours as they figure out ways to stay open.

Although Fronk’s was able to open in July when the state opened outdoor dining, Acero says they closed immediately on Nov. 25.

“We have an innate responsibility as one of the biggest restaurants in the city to set the example to assure not only the customers but also other businesses, [so they] realize we are taking this seriously. We are trying to keep people safe,” Acero said. “Opening isn’t an option.”

Acero and Fronk’s owner, Craig Frisinger, have plans to reopen one day, but they are not looking to do so as COVID-19 cases continue to rise.

While restaurants throughout Los Angeles County closed in-person dining, many restaurants in Orange County have chosen to defy orders and remain open to stay afloat.

Megan Rice, the general manager, said it is a matter of survival for the small business. Keeping their staff safe and customers comfortable have been their top priorities.

Employees are temperature checked before their shift, however, customers are not checked. A high fever is a very common symptom of the coronavirus.

The OC restaurant has kept its doors open to customers after taking a significant hit in revenue during the initial shut down in March.

The establishment has added more doors and entryways to control traffic flow, installed glass dividers, and placed hand sanitizer stations throughout their outdoor patio. They also worked closely with the Health Department to ensure CDC guidelines are being followed.

The restaurant noted they see teachers come in regularly, who choose to go during their lunch.

Rice said teachers and other patrons alike are required to wear masks, given their food in boxes and told to sit where they’d like.

Rice said that they “wouldn’t kick anyone out.” She added that the restaurant is not seeing the business they usually get and is not shocked they are still closed.

Joe Schmoe’s has received mainly positive feedback from clientele who are supportive and appreciative of the little bit of normalcy at their two locations.

Rice said she had to lay off 46 staff members before the holidays at their second location, Gourmet Pie & Café.

“I was sick to my stomach choosing who to lay off or not lay off,” Rice explained. “It’s been very stressful.”

Other Orange County cities with restaurants choosing to stay open despite the closures include Fullerton, Tustin, Costa Mesa and Newport Beach.

Both Fronk’s and Joe Schmoe’s are waiting to hear if they qualify for a second Paycheck Protection Program loan as part of the $900 billion stimulus bill passed on Dec. 27.