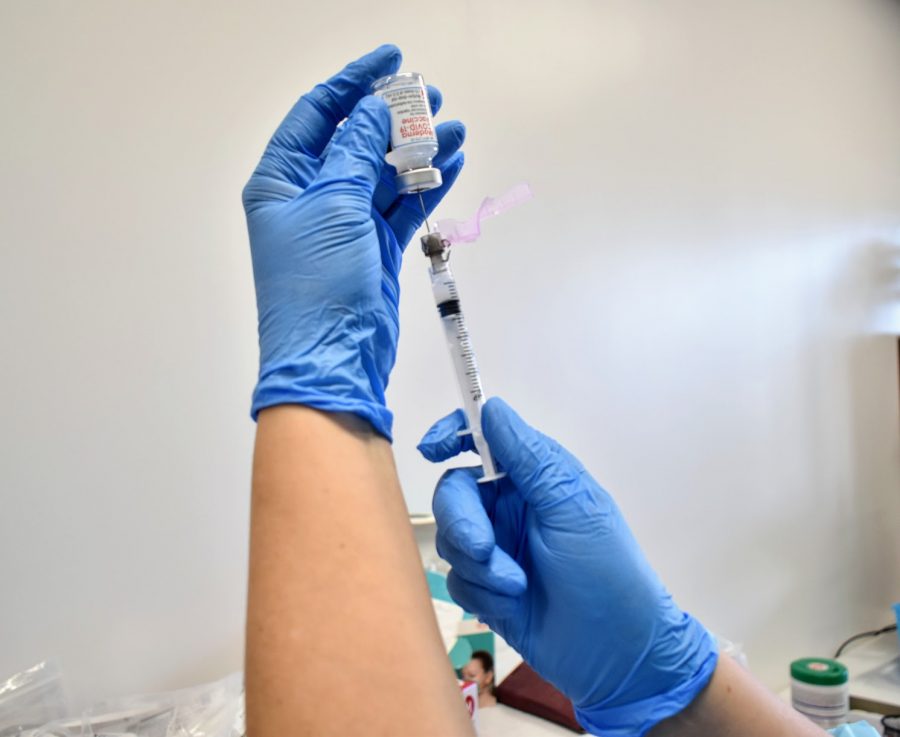 A large number of people in the African-American community distrust the COVID-19 vaccine. Their suspicion is due to a history of deceit and abuse for the U.S. government and the medical system.

When the COVID-19 pandemic began, the public was unsure what would happen the following year. Many feared a vaccine would take months or years to make and distribute.

When scientists finally created a vaccine, many people were worried if it was trustworthy and feared it would do more harm than good to their health.

Many African Americans in the inner cities of Los Angeles do not want to take the vaccine for numerous reasons. Mainly young black people are saying they do not want the vaccine because they believe it is deadly and others would rather wear a mask.

The CDC has not found any correlation between the COVID-19 vaccine and death according to NPR.

Many black people believe taking this vaccine can be detrimental to their health, especially after the Tuskegee study. They want to see what will happen during the pandemic and see if the vaccine is harmful.

South Los Angeles resident Adrian Murphy, 58, explains that black people are not thinking quite right about taking the vaccine and have to just trust the mask.

Murphy said, “I disagree with the vaccination. I think it would hurt us more than help us regardless of what they say. I think the government is trying to reduce our race.”

Murphy continues to say he thinks this vaccination plan is all about population control of the black community, and he does not want to partake in getting fully vaccinated.

“If push comes to shove I’ll maybe consider it if the government says people can’t go inside of places or businesses if you haven’t got the vaccine, but other than that I’m okay,” he said.

“I don’t think taking the vaccine is the best thing for the black community because of the history of medicine and how people have experimented on us,” said community activist and journalist Jasmine Gates, 25.

Gates is a Carson resident and wants to see a change in the Black community. She stated that historically Black people have been dealing with health problems for years.

Gates said, “When America gets a cold, black people get pneumonia.”

The Carson resident strongly feels that the Black community gets the short end of the stick when it comes to health because of the lack of resources that they have in their community.

Gates says she has no desire to take the COVID-19 vaccine, and she wants more research on other people surviving the vaccine.

Black people are still skeptical about products that should be good for the community because most Black people that live in the urban ghettos have a habit of hyper-analyzing anything that is endorsed by the government.

Many of them think of death when taking this vaccine because of what they see on television and the stories they see portrayed by the media regarding the pandemic’s death toll.

Since the start of the pandemic, some Black people have not wanted anything to do with this vaccine. Many of them just want to wait until the pandemic is under control.

“I don’t know what they’re putting in the vaccine but whatever it is I’m not taking it for sure”, said Linette Carey, 41.

Carey, a real estate agent from Compton, has many fears regarding the pandemic, especially when it comes to people taking the vaccine.

Carey believes taking this vaccine will endanger the Black community because some people are complaining about receiving the vaccine and having bad side effects.

CDC says that common, and primarily temporary, side effects of the vaccine are tiredness, headaches, muscle pain and swelling around the injection site. They still emphasize that the vaccine is safe and effective.

Carey researched the Johnson and Johnson vaccine and a person who took it had a bad allergic reaction in his body and ended up in the Intensive Care Unit.

The J&J vaccine does have the risk of blood clots. However, it was only reported in adult women under 50 and there were only six cases of the issue out of the 6.8 million patients who have taken the vaccine.

“I just need to pray and ask our lord God to guide us in this time of need because the world is getting scary,” Carey says.

Some members of the Black community are afraid to take the Covid-19 vaccine because they distrust the government and the medical system.

The history of deceit from the US government and the medical system left many Black people suspicious of any type of new medicine.

Many African Americans want more research about the vaccine, while others wish to continue wearing a mask and practice social distancing from others.