The mistreatment of women in the military 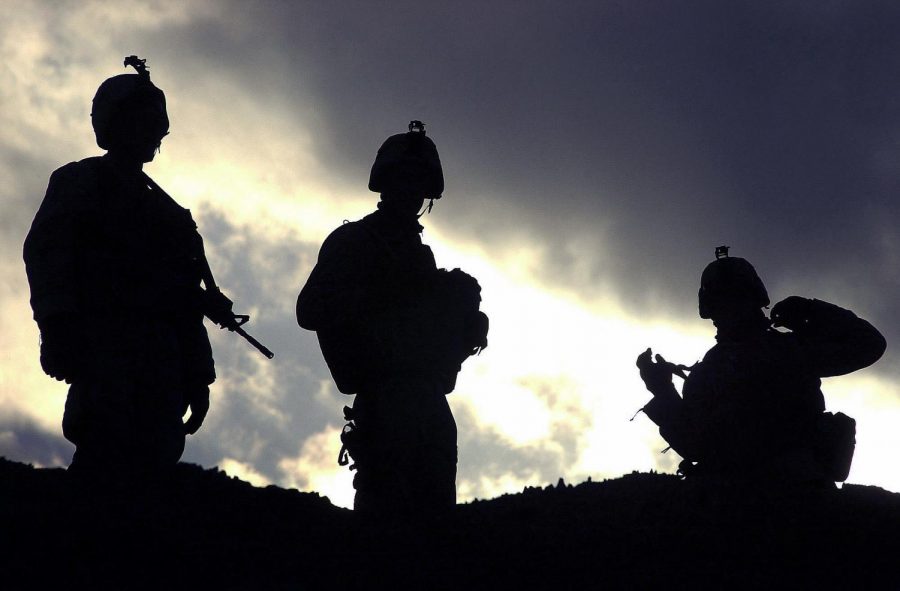 Women have fought for their rights for many years now, and in this day and age, many would assume that more inclusivity would take place, especially in the Army. But the mistreatment of women in the Army seems like it has gotten brushed off and not given much attention.

Standards have been put onto women as a society and have played a huge part for them when going into the armed forces.

According to The New York Times, a study showed that “Women are 10 times more likely than their male counterparts to have reported serious sexual harassment after deployment.”

This has caused the risk of suicide for former female soldiers to triple.

In 2015, a former soldier, Marylin Woodman, told The New York Times that she feels that women work twice as hard just to not achieve as much as men.

Everyday struggles of being a woman are already known in the “outside world” from the bases where they are stationed but somehow some of these norms find their way in.

According to We Are The Mighty, grooming standards are still an underlying issue that goes unseen. Women are constantly going through battles of proving themselves and keeping up with the standard of beauty, all while trying not to seem too “weak.”

“Every new person has to prove themselves but now that combat roles are open to women, there is a new level of proving yourself, as the first generation of women in jobs that have been exclusively for men over the last hundred years.”

A military fact sheet presented by Futures Without Violence shows how the isolation of women in the military culture can lead to violent mistreatments.

Some may face sexual abuse and domestic violence.

“The Department of Defense (DOD) estimates more than 19,000 military sexual assaults occurred in 2010, yet less than 14% were reported.”

The sheet also showed how the Army has shown the highest rates of domestic violence against women.

Abused women in military communities are often fearful of reporting incidents due to the lack of confidentiality and privacy as well as limited victim services.

Military women of color are being mistreated by sexual harassment and sexual assault.

One of the most recent examples that has been brought to light has been the Vanessa Guillen case.

Her body was found and there is evidence that the last person on her phone was another soldier named Aaron Robinson. Aaron Robinson and his girlfriend were the suspects of the investigation and it was confirmed that they killed Vanessa.

Erika Arzola is a Senior Airman stationed at Kirtland Air Force Base. She graduated from the basic training at Joint Base San Antonio-Lackl.

She was sexually assaulted in her dorm building by someone that she considered a friend just a few weeks after arriving.

She was 18 years old at the time it happen, and when she heard about Vanessa’s story on the news, she mourned for her and her family and told her friends and family and went to go to Sexual Harassment/Assault Response Prevention Program (SHARP) and decides to report the assaults.

After a one week trial, the person who assaulted her was sentenced to 10 years in military prison. “I think to make changes in the military, you have to change it while you’re there,” Arzola said. “I plan to stay for 20 years. So when I weighed my options, this wasn’t something I could hold onto and not talk about for another 20 years of my life.”

Modariel Reid joined the Army in 2017 and was honorably discharged in 2018.

A few months later, she was sexually assaulted by a fellow trainee at a party off base. After the assault, she didn’t feel she could turn to her superiors, but she contacted SHARP and turned out to be her superior.

She became depressed and stopped showing up to work, to the point where she was suicidal, and was hospitalized.

She was honorably discharged in 2018. She had been in the Army for 18 months. Now, she is a model and has a 2-year-old daughter.

She gets disability checks every month to remind her of her experience in the military. “I didn’t go in there with depression and anxiety,” she said. “And I come out and I’m ‘disabled’ because of my time there.”