Ketanji B. Jackson, the 116th justice 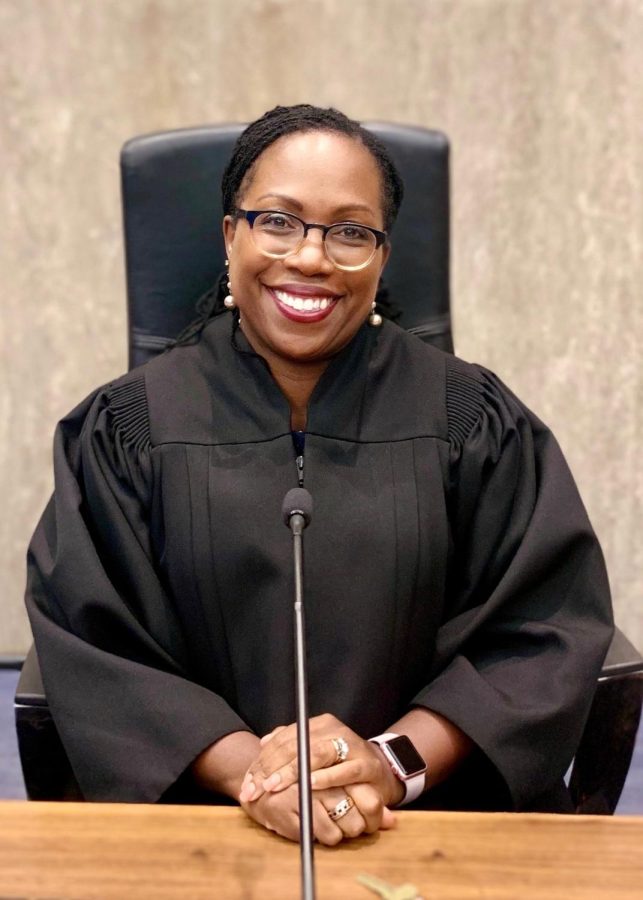 Jackon's nomination is one that is focused on qualification rather than connections. Her being on the Court can provide a fresher and more grounded view of the legal system as a whole.

Judge Ketanji Brown Jackson was nominated by president Joe Biden to be the 116th Supreme Court justice on Feb. 25.

Jackson had been appointed by former president Barack Obama into the DC federal court back in 2013 until Biden promoted them to the DC Circuit in 2021.

Before being a public defender, a qualification that American political commentator Ruth Marcus feels is critical in the Court’s ability to understand law from the ground up, she was a clerk for former Justice Stephen G. Breyer.

She is also a Harvard undergraduate with a Juris Doctor degree from Harvard Law School.

It is not only Jackson’s education and professional history that caught Biden’s eye but also them being a Black woman; Biden had promised during his presidential campaign he would install a Black woman into the Supreme Court.

This also happens to be the first-ever Black female justice to be on the Court.

The only other president to have promised something similar was Ronald Reagan back in the 1980s, when Judge Sandra Day O’Connor would be appointed.

Breyer announced his retirement on Feb. 27 at the White House, where Biden vowed again that he would put a Black woman on the court—except by the end of this month.

Moderate Democrat politicians such as Senators Kyrsten Sinema and Joe Manchin are among those who have been rather noncommittal on this decision, although it is speculated that both will accept Biden’s nomination based on past votes.

“I also understand that Judge Jackson was the favored choice of far-left dark money groups that have spent years attacking the legitimacy and structure of the Court itself,” said McConnell in a statement.

Republican Senator Lindsey O. Graham tweeted concerns that Jackson is a sign that what he called the “radical Left” has overtaken President Biden again.

Newspapers such as the National Review believe that Biden is overlooking other more capable women by limiting his nominee choice to Black women.

One such potential nominee had been Judge Michelle Childs of South Carolina, whose selection—according to Representative James E. Clyburn—would have gleaned support from the Republican side.

Childs was, as described by the New York Times, an unconventional option that would have broken from the Court’s long line of Ivy League backgrounds and powerful connections.

But it would have been Childs’ bipartisan backing that would have made up for her public school upbringing.

Some of the most irked Republican politicians on Jackson’s nomination over Childs are the aforementioned Graham and South Carolina Senator Tim Scott.

“As a fellow South Carolinian and the product of some of America’s finest public schools, I believe Judge Michelle Childs would have been an excellent nominee to our nation’s highest court,” said Scott.