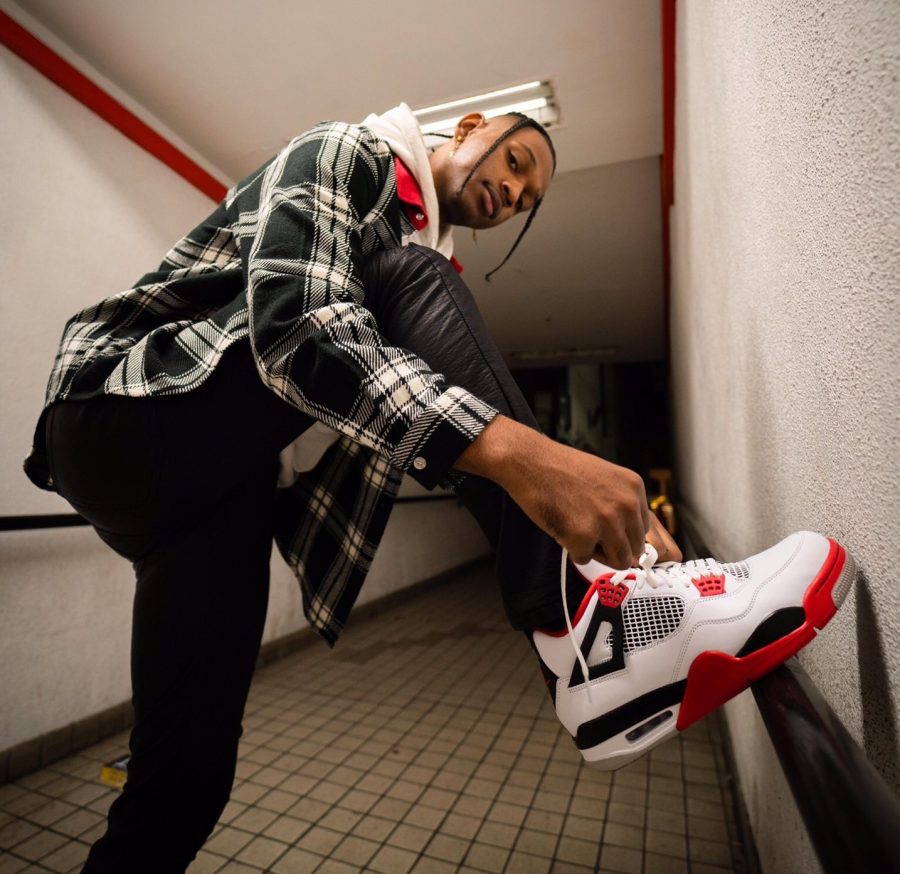 A still from a photoshoot in Downtown LA's Little Tokyo district. To Lawson, the Los Angeles lifestyle is something that's key to making him who he is.

Entering the world of fashion modeling is a daunting task. To take that first step and begin to delve into that world isn’t easy.

For Taymon Lawson, an aspiring model, the fashion industry wasn’t a path that he initially saw himself following.

The idea was one that came to him after high school.

“My whole life, I always dressed nice. My grandma always said, ‘You should be a model!’ and I always kind of shrugged it off, usually due to my confidence – I struggled with it. After I graduated, a couple of girls told me that too… so I told myself that I was gonna try this,” said Lawson.

His first experience with a proper fashion show was in the LA Fashion Week show he participated in in 2019.

“When I had found out about it, it was because my friend sent me the link on Instagram. I had signed up and realized that it was in Downtown LA [LA Fashion Week] as I was signing up,” said Lawson.

Lawson experienced some nerves when first dipping his feet into the world of modeling.

He said he found comfort in knowing that he had friends and family in the crowd, who had purchased tickets to show support.

“At first, during practice I was scared. When the show started though, I wasn’t scared anymore. I knew if I was going to do this in life, there’s going to be way more eyes on me. I had friends and family in the crowd who showed me love, and its good support to have,” said Lawson.

There were other fresh faces in the show as well. Lawson found that many of the models in the show were first timers as well.

“It was a feeling of relief, knowing that I didn’t have to impress somebody. It was more comfortable knowing that we were all in it together,” said Lawson.

Following the fashion show, Lawson began to build a brand for himself, using Instagram as his primary platform. On his page, he posts photos from his photoshoots and considers it to be the first step in beginning to build a name for himself.

By utilizing Instagram as a platform, he hopes to get the attention from any brands that may stumble upon his page. His efforts ended up gaining the attention of a notable brand.

“Young and Reckless ended up DMing [direct message] me on Instagram. I went out to their studio in West LA, but after that I never really heard anything,” said Lawson.

Lawson attributes that experience to his brand and image he’s built for himself on Instagram. Much of what he’s learned is knowledge that he gained from his friends.

“That’s a shoutout to my homegirl, Stephanie Nunez, she put me on to using hashtags to promote myself on Instagram,” said Lawson.

Despite his sizeable following on Instagram, Lawson revealed that he still has doubts time to time – moments of vulnerability that he’s working on fixing.

“I’m a bit standoffish, and I hold myself back a lot. I get scared. With the field that I want to be in, I can’t do that. I’m still learning but I’m finding myself now,” said Lawson.

Lawson hopes to use his platform and experience in modeling to hopefully gain an edge and advantage towards pursuing an acting career.

“I always wanted to do acting. In high school, I only really cared about my reputation -even though it wasn’t anything important then. I used to think that drama students were weirdos. Looking back on it, I should have kept going. The teacher had faith in me but I didn’t have faith in myself,” said Lawson.

For him, acting is his end goal. It’s a goal and passion that has developed further as the years go on and he continues to discover himself.

“The end goal to me is to transition into acting. I’ve been looking into acting classes, so I want to have a mix of both. Basically, once I’m done with that, I want to help others to getting to that point too. Getting them to the position where I want to be in life. Bring people up with me. That’s the end goal,” said Lawson.

He believes in the mentality that you return the favor to those that help you accomplish your goals. Lawson, who often finds himself being the guy in his friend group who makes people laugh and he hopes to make a connection between the world of modeling and acting more palatable.

“I want to build the bridge for people like me. I can be the goofy dude in my friend group and make people laugh. I want to bridge that gap,” said Lawson.

Much of his love for fashion and acting grew from a love of hip-hop and the culture surrounding it. For Lawson, much of this culture has shaped who he is today.

“If it wasn’t for hip-hop… you know we got people like Kanye, shoutout to him, shouting out Louis Vuitton in songs and stuff. We didn’t know about Louis Vuitton until they started yelling about that… He was a kid from Chicago, you know. It makes you think ‘I can to that too,” said Lawson.

Despite his successes so far, Lawson realizes that he still has a ways to go. Through the fear and times of self-doubt, he’s committed to seeing it through.

“I’m not there yet, I’m going to speak it into existence. To anybody that wants to do anything big with their life – don’t pay attention to what other people want to tell you. Keep it pushing, have the Mamba Mentality and the marathon mentality. Life is a marathon, and you’ll eventually find your destination in life,” said Lawson.