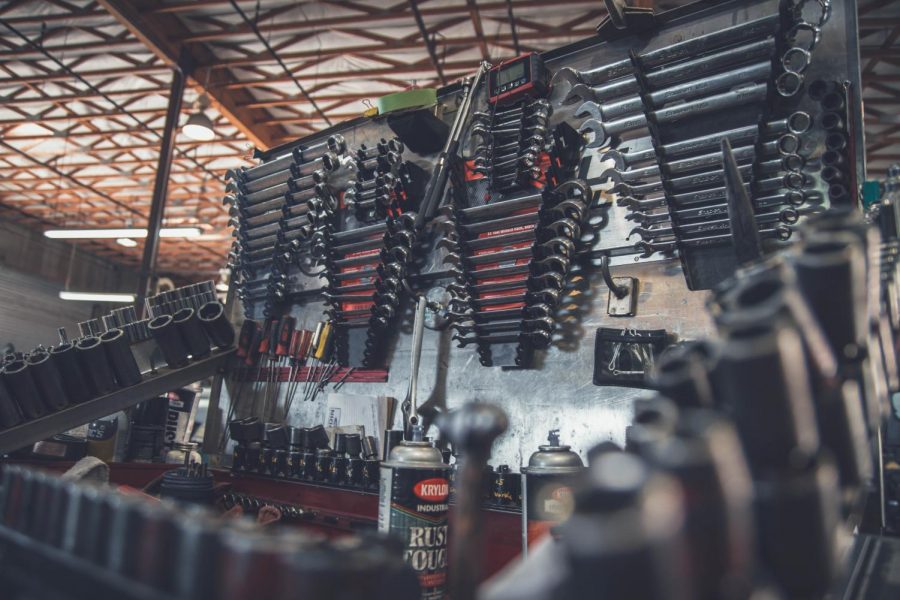 The Automotive Training Program at Cerritos College shifted to online-only classes in Spring 2020. This semester, the program is split into two -- with half of the classes being taught on campus and the other half still remain online-only. Photo credit: Unsplash.com

“That presented the biggest challenge: they were so used to being fully in person here for instruction and then it went to fully online quickly,” remembers Joe Mulleary, instructor and department chair of the Automotive Training Program at Cerritos College.

Mulleary, who is also a Cerritos College alumnus, has been teaching the campus automotive program since Fall of 2012. “It was really challenging. Initially, this took a lot of planning to pivot online for the Spring [2020]. It was a drastic change very quickly,” he said.

Mulleary taught a nine-week class in the spring of 2020 when the campus first shut its doors, and one in the summer as well. He said one of the biggest learnings he had from the first online-only semester was balancing the lessons and homework he would assign to his students.

“In the spring I overloaded them,” he said, “I was having things due on a daily basis. And most students were working at shops full-time. Some of them did get let go because when COVID-19 first hit, the business went down. But some of them were still working full-time and they wouldn’t even be able to get home until, like, six o’clock to start looking at this stuff.”

Mulleary said he then reached out to his students to get their feedback and shifted from having assignments due each day, to having them due twice a week in the summer semester. “It worked out way better,” he said.

Mulleary said one of the tools which helped them teach the online-only classes during the spring and summer semesters last year, was the e-learning platform, Electude, which consists of learning modules with interactive automotive technical training and simulations.

Instructors were given the option to return back to campus last year, and currently, the automotive department is split in half. Half of the instructors are teaching hybrid classes consisting of both in-person labs and online assignments, and the other half are still teaching online-only classes.

Before the pandemic, a group of 20 students would meet Monday through Thursday for a total of 20 hours a week. Now, Mulleary’s student’s are split into two groups of ten, and meet once a week. One group meets on Mondays and the other group on Wednesdays.

He said since they have fewer students in the lab at one time, students are receiving really good hands-on experience.

“Most of the students really like it because in some capacity, they work and they say they really like having to be on campus one day a week. They can still work full-time and still do the online work that’s due only a couple times a week,” said Mulleary.

As the Fall 2021 semester approaches, Mulleary is currently planning how he will be conducting his classes, since campus is set to reopen at 50% capacity.

“Some instructors like the two groups because it is more intimate — you only have those ten students. Some students like it better too,” he said.

Students currently enrolled in the automotive program, have also faced their own challenges and shared their experience.

Eduardo Lemus started the automotive program in the Fall of 2019, “When I first started the auto program, at the end of the semester it got shut down. It went online,” remembers Lemus.

Lemus said he took the online-only classes last year and he feels he learned the least during that time.

“So we had a text book for that class and it was literally like, ‘okay read the chapter’ and then we were just assigned a test for that chapter – for like twenty-something chapters. There was no hands-on [experience] or anything as compared to the hybrid classes — those are a lot better,” he said.

He said one of the most challenging parts after campus closed was the lack of in-person lecture time. “When you’re reading the book, of course, you have questions about it and it’s kind of hard to just message the teachers. I would have to either jot it down or remember it and go to class and ask them — but I would have to wait until I get there. Sometimes I’ll even forget.”

This semester, Lemus is attending campus for his classes. He also agreed with Mulleary and prefers the smaller group sizes, which meet once a week.

“One positive thing is that there are smaller groups in the class. Automotive is very hands on, and now the teacher has more time to focus on us individually,” he said, “but it can also be a con because you get less class time.”

Lemus said he started the program after exploring other options at Cerritos and added he liked the idea of becoming a mechanic. He already completed the technician certificate but is also enrolled in general education courses, since he also wants to receive an AA degree. He is hoping to graduate by Spring of 2022.