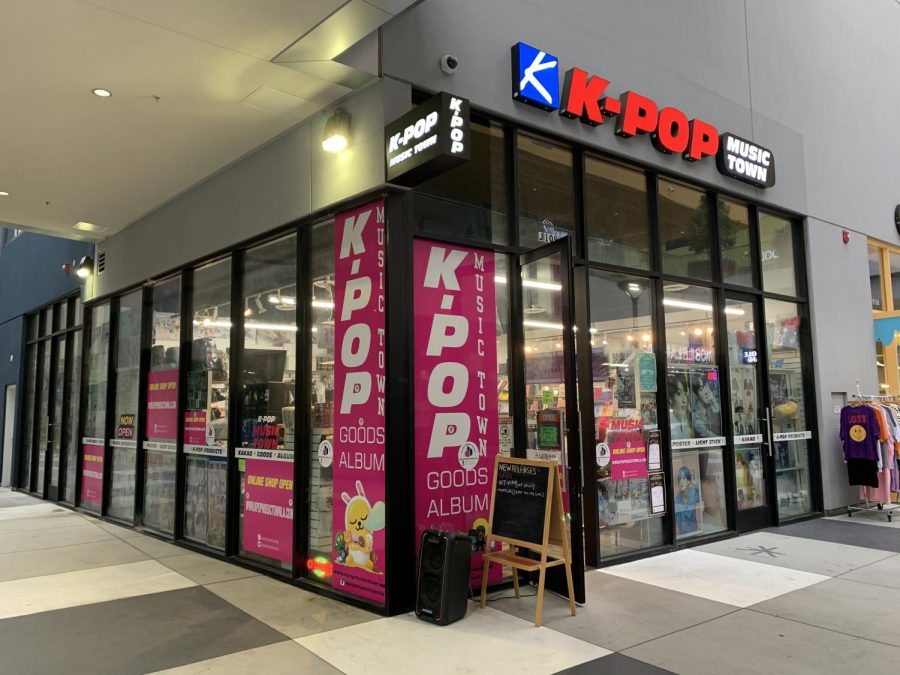 K-POP Music Town holds all goods and albums of K-Pop's biggest stars on the stage. Although many groups constantly hit success, it seems like these idols don't receive proper treatment in the media. Photo credit: Keanu Ruffo

Keanu Ruffo: K-Pop is filled with bright lights, vibrant colors, and crazy concepts of styles. The fans and culture of K-Pop is a constant source of strength for the artists and groups.

Despite the huge popularity spike in recent years, the culture has also faced backlash along with stereotypes that linger around like a disease.

Western pop culture were quick to say that they(K-Pop artists) don’t fit the mold of a traditional western pop act, attacking their notions of what can fly, and what can be popular.

It has especially influenced American music culture by becoming one of the most popular foreign genres of pop music in the United States with new introductions of groups like BTS gaining fans by the day.

The growth of K-Pop popularity in the United States is commonly known as the “Hallyu wave,” which translates to the Korean wave.

With Korean pop’s presence, emphasis on performance and a larger appeal to more demographics have been introduced.

K-Pop has made an especially noticeable impact for americans the last three years when BTS, referred to as Bangtan Boys in English, started making headlines and catching attention from billions of people around the world with their choreography, appearance, and music styles.

Despite the struggles and hardships Korean groups and solo artists have faced, the life of bringing fame and popularity back to South Korea through music has been a dream come true and a reality they’ll cherish with the world for decades to come.