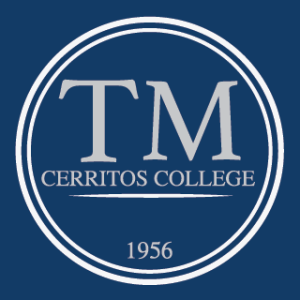 Michael: What’s up everybody you are listening to the final episode of the “Blue and Red podcast.” I’m your host Michael Cody Stephenson, I’m on the Talon Marks newspaper at Cerritos College. And I must start by saying as always, we’re not talking about politics today. We’re talking Angels (and) Dodgers.

On this podcast. I’m gonna go over the pros and cons of a potential World Series matchup between the Los Angeles Angels and the Los Angeles Dodgers. What it can mean for both teams, the city. I don’t know if I can handle it.

The cons might outweigh the pros in this scenario. I’ll also tell you right at the start, how and why I became a Los Angeles Dodgers fan and I’ll end it with how it’s been dating an Angels fan. How I’ve survived that.

So here I began telling you how I became a Dodgers fan. Some of the fondest memories I’ve had growing up, took place at Dodger Stadium.

I think it starts with me first out being a baseball fan. I was around baseball as a young kid. I played baseball growing up, my brother was pretty good, I got to tag along when he went to tournaments across the country. That was cool. I got to visit some stadiums that, not a lot of people get to visit. But the one place that I felt at home was always Dodger Stadium.

It was great! The atmosphere, the chocolate malts, the cotton candy. And as I grew older, and kept going back to the stadium, I understood the game more than I did back then.

And baseball and Dodger Stadium is the perfect match.

They call it “Blue Heaven on Earth” for a reason. You get to watch your favorite team and one of the most beautiful stadiums that this world has to offer. The backdrop at Dodger Stadium is gorgeous; absolutely fantastic.

And there were some down years for the Dodgers. When I was growing up, they weren’t too good. Their last World Series was in 1988.

So through the tough times, it was still fun to go to the stadium and when the Dodgers got good, I started going to playoff games and there’s no better atmosphere in sports than attending a playoff game.

But in baseball, it’s different. You got 56,000 fans; all cheering for the same team mostly.

When there’s nothing better than when a Dodger player hits a home run or they get a big strikeout and you get to high five the stranger next to you. You guys are jumping up and down. There’s only one common goal that everyone is on board with; and that’s the Dodgers winning a game and I’ve been to some cool baseball games.

I think only 27,000 I got to be one of those fans. I traveled to Texas that morning the day of the game. There was only Dodger fans on the plane which was awesome. It felt like I was back at Dodger Stadium every one champion let’s go Dodgers at 7:00 in the morning.

And then that night celebrating a World Series championship with my friends was incredible.

So that’s why and how I became a Dodger fan; I just grew up with it. My dad introduced me to the game, he took me to games as a kid. My family started going to games together as a kid.

We have great photos of all of us in Dodger here. It’s something I cherish and that’s why I’ll always be a Dodgers fan.

Now, can you imagine the Dodgers and angels meeting up in a World Series? It’s never happened. The freeway series is fun, It’s good banter. It’s got a split down the middle especially when you get closer to Orange County.

There is tons of Angels fans and like we’ve talked about on this podcast, they started to be good this year a little bit. And the fans are starting to get a little bit louder in Orange County about the Angels.

So a freeway series World Series, here’s the pros and the cons.

They’re gonna hype those things up as much as possible and that’s a shame.

But one of the pros is I think everywhere, sports bars, restaurants, the night of those games, those places will be packed.

And that’s also a great viewing experience as a fan. To get a bunch of people together, your friends not pay a pretty price for a ticket and get to watch it on TV together; and still have the banter half Angel fans, half Dodger fans hanging on every pitch every at bat.

Because I know a lot of Angel fans and I’m sure we’re gonna say hey, let’s get together. Let’s watch game one, game three, game four, whatever it is of this World Series.

But then you look at the other cons. The angels beating the Dodgers and the World Series, that could get tough.

Angels beat the Dodgers and vice versa, Dodgers beat the Angelsl; that is something you can hang over the head of the opponent for the rest of time.

The rest of time.

I mean, when the Dodgers hadn’t won a World Series since 1988, the Angels’ last World Series as a 2002. Angels’ fans were even talking about that. When it came to this rivalry. Hey, you weren’t even alive when you won the last World Series. We want it in 2002 you want in 1988? Well, they can no longer say that since the Dodgers won in 2020.

But if they beat or the Dodgers win, and this year a potential freeway series World Series, you best believe I’m going to hang that over the head of every single Angel’s fan I know. And who knows when the next time these two teams could meet in the World Series? It may never even happen again.

Another con is traffic, but we deal with that all the time in the city.

Angels-Dodgers World Series would have tons of traffic, everyone going into the game going somewhere to watch the game. But that’s not really a con because we have to deal with that daily anyways.

But that’s some of the pros and cons, and I don’t even like to think about a potential loss of the Dodgers would have won a World Series against the Angels.

That’s what it would look like. It’d be fun. It’d be historical. One can only hope and I’ll leave off talking about Angel fans.

Because I am currently dating an Angel fan.

Two years in and it’s been fun. At first when we first met, it was probably the topic of conversation the first 10 minutes on our first date. Oh, you’re a Dodger fan. Oh, well. My family’s Angels’ fans. I said, “aw it’s tough stuff.” You guys are going through it. I like to throw a little shade out there saying Oh, you’re an Angels fan. That’s gotta be tough. I’m here for you. You guys are down bad.

Dodgers, we just won a couple of years ago. Actually, the year we met is the year we won the World Series as a Dodger fan, so maybe she’s in good luck charm. But it has been fun because when the Dodgers and Angels play each other, they play each other twice a year; four games, sometimes six.

We go to the games on our separate uniformed as makes for good pictures. She’s wearing red, I’m wearing blue. But then the side bets that we have had been tough to swallow. The Angels’ took two or three and a three game series with the Dodgers a few years ago and her family made me wear an Angels jersey and took pictures of me.

And if those pictures ever see the light of day, I don’t know what I’m gonna do.

I made them promise me those pictures cannot see the light of day. I don’t even look good in this color, I’m a Dodger fan and I will never convert to being an Angels fan. What she says she’s going to do it’s not going to happen. The one thing I have is me and a Dodger fan. And I’m going to hold on to that.

But it has been fun. Maybe I can make her a Dodgers’ fan. I don’t know.

But we’ll see. But I hope you guys enjoyed the “Blue and Red podcast.” I’ve had fun doing it.

Thank you guys for listening.