Laying down the foundation 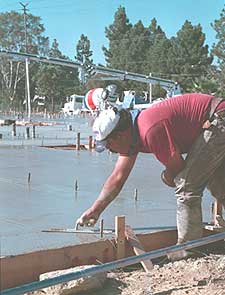 The key to success is time management, isn’t it?

Not only does the sun and moon rise and sink on a schedule but we on earth oblige appointments or we miss out.

According to Gate West’s Superintendent Hekmat Aboujamara, , 48, they’re behind schedule because they had to obtain a permit for ATO Construction, a construction company contracted by Gate West, to begin pouring concrete, and the permits took longer than envisioned.

“We are behind a little bit partly because of the permit and some issues with the county and fire department, but we solved the problems and we will catch up later on,” said Aboujamara.

Cement was applied to the footing of the architectural design by GWCI on Sept. 17 and the two labor forces began applying.