Exploring the origins of Valentine’s Day 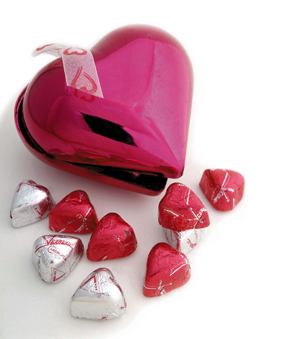 Courtesy of the Chicago Tribune

Do you remember what Valentine’s Day was like in elementary school when students would buy Valentine cards and candies for classmates?

Humans as adults then began to buy flowers for mothers, sisters, aunts, grandmothers, daughters, girlfriends and wives to please females on this special day.

In our time, we rely on materials and gifts as a demonstration of love.

In addition, this is probably a result of the commercial sales we hear in the media and the satisfaction of receiving materialized love.

This tradition grew since it became a holiday here in America.

“America started the Valentine’s craze in Michigan in the 1880’s when the first Valentine’s Day card was mass-produced.

“Today, Americans send more cards to celebrate Valentine’s Day than any other holiday,” wrote Professor B.H. Pontefract in an article for candywarehouse.com.

There are greater stories behind this average day of dates and matchmaking that now revolves around the saint’s day.

The first story being about a Roman priest named Valentinus who was persecuted and imprisoned for helping Christian martyrs.

“On the eve of his beheading, he wrote a farewell note to his friend, the daughter of the jailer. He signed the note “From Your Valentine,'” according to americanantiquarian.org.

The second story was also in Rome around A.D 270 after Valentine, bishop of Interamna, disregarded Emperor Claudius’ II mandate that abolished marriage.

“Valentine realizing the injustice of the decree, defied Claudius and continued to perform marriages for young lovers in secret. When Valentine’s actions were discovered, Claudius ordered that he be put to death,” claims www.history.com.

Leo Wierzbowski, professor of the University of Florida, goes even deeper in the origins of Valentine’s Day.

“As early as the fourth century B.C., the Romans engaged in an annual young man’s rite of passage to the god Lupercus.

“The names of teenage women were placed in a box and drawn at random by adolescent men; thus, a man was assigned a woman companion, for their mutual entertainment and pleasure (often sexual), for the duration of a year, after which another lottery was staged.”

He goes on and mentions that religion later was involved with the changes of the original celebration.

“From the Church’s standpoint, Valentine (or Valentinus) seemed to be the ideal candidate to usurp the popularity of Lupercus. So in A.D. 496, a stern Pope Gelasius outlawed the mid-February Lupercian festival.

“But he was clever enough to retain the lottery, aware of Romans’ love for games of chance.

“Both men and women extracted slips of paper, and in the ensuing year they were expected to emulate the life of the saint whose name they had drawn.”

Since history is so broad, like every holiday Saint Valentine’s Day’s original purpose has changed.

This holyday ended as a consumerist holiday like Christmas with its gift givers, Mother’s Day and the flower pickers, Easter with its eggs and candy, and Independence Day with their usual firecrackers.

This brought on more jobs helping the entrepreneurships of many companies. Alas, more help for capitalism.

If one thing, this holiday reminds us to do is go out and fall in love or address the love you have to those who deserve it.

However, should we not all express this through out the whole year?