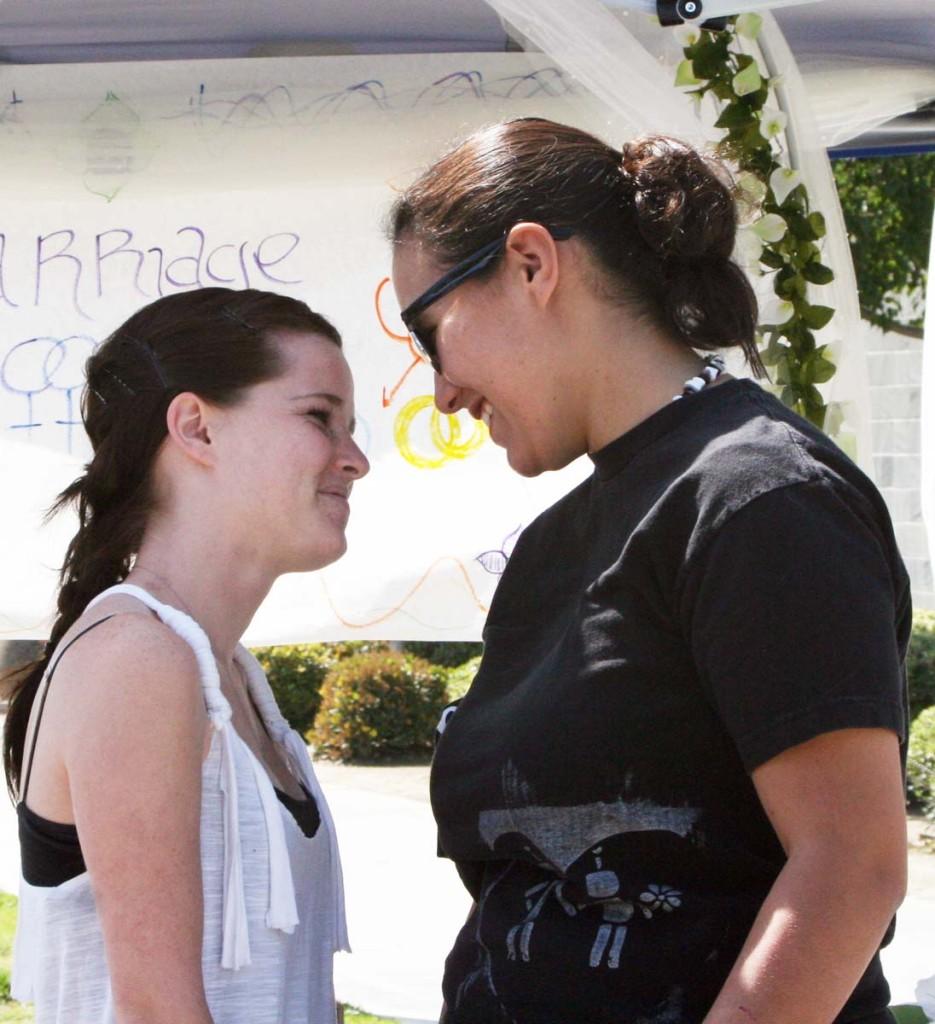 The Queer Straight Alliance held "weddings" for anyone that wanted to get "married."

“The Queer Straight Alliance is coming back with a vengeance. I’m so happy to be part of it,” expressed Tiffany La Shawn Woolfolk, child development major.

“I don’t know how to describe it other than cute,” shared Megan Swift, art major.

For the price $3, any two people were able to walk down together along with music and a candy ring pop to get “married” in front of a decorated marriage booth.

Alex Aguayo explained the club wanted to do give students awareness about gay marriages.

“It’s to fight for the reservation for more than 18,000 marriages,” said Daniel Schaoper, art major.

The t-shirts had the club slogan on it, “Tearing down the closet, one meeting at a time.”

Josh Kaanaana, theater major, shared that the t-shirts are sold throughout the year for $10.

Furthermore, there was constant dance music playing in the background for club members and other students to dance around in.

“We would do this again in a heartbeat, if only it didn’t take so long to set up,” Kaanaana said.