Posada uses music as his getaway 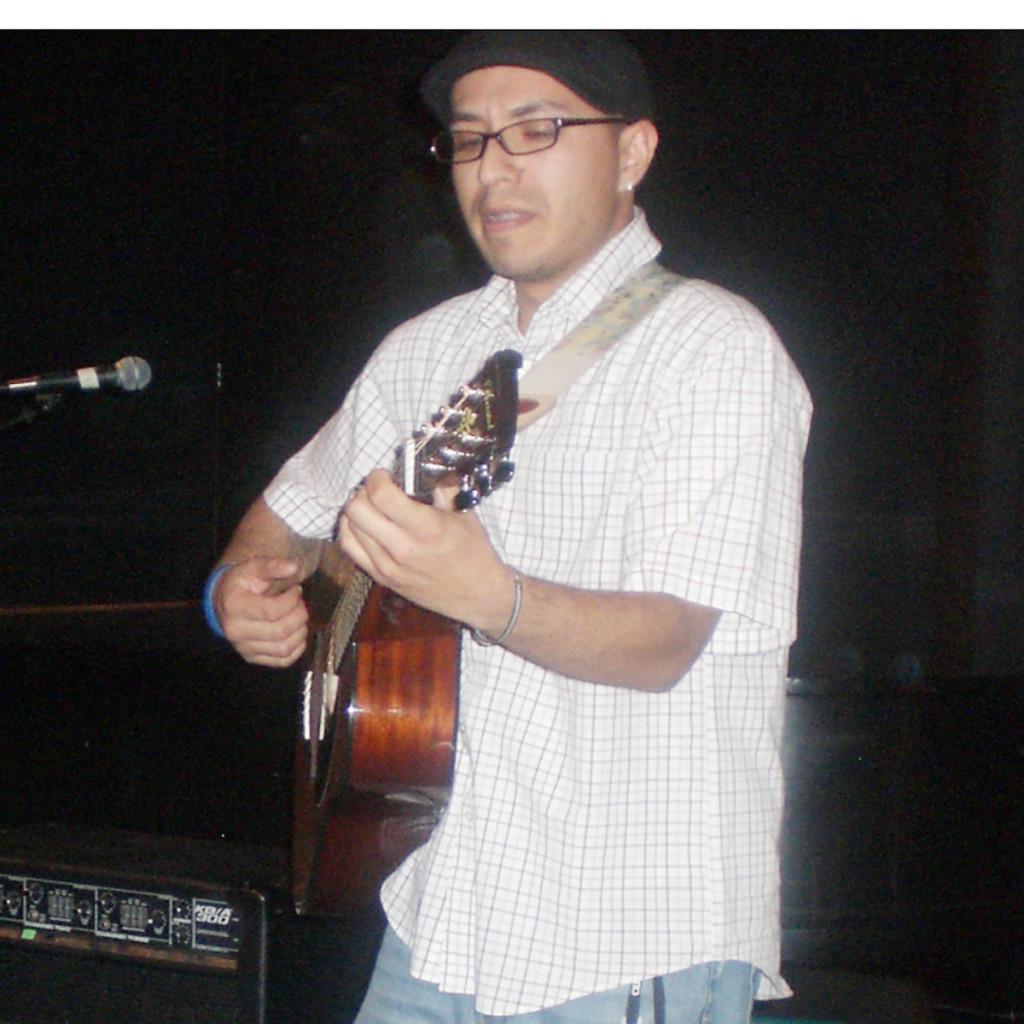 When life throws you a curveball, you can either learn from it and grow, or let it be an excuse to not do something with your life.For Archy Posada, life just didn’t throw a curveball; It threw a series of them. From gang banging to homelessness to drug addiction, his story of struggle and hardships to become a successful college student can inspire anyone to get through college.Posada was born and raised in Compton, Calif., surrounded by criminal activity that he eventually became a part of. “In elementary school, I was a pretty good kid who got good grades. I was even on the honor roll,” Posada said, “but as I got older, I got involved with gangs, and started doing drugs. “Being born into a family with a history of violence and gangs made it even harder for him to break away from living the life of a gangster.  His only role models as a child were other people who were involved with drug dealing and most of them were members of his own family.”It was just a cycle of crime and gangbanging among the men, and it was hard to break away from it,” he explained. “Everyone in my family has some kind of connection to the streets. So when I got involved it really wasn’t a surprise to anyone.”Aside from life on the streets, Posada’s life at home wasn’t any better. Growing up with an abusive father drove him even more to find a sense of belonging among criminals. “I was kicked out of the house when I was 16,” Posada said. “Growing up, I always had to deal with drama at home, violent threats from my father, things like that.”Living the life of a criminal was what Posada considered to be his only option at the time. He learned early on that criminals tended to get money and materialistic items much quicker than those who were actually working toward a good career. “I saw so many gangsters gain respect from others. They made a lot more money than my teachers did.  So I thought ‘Why would I want to go to school, when I can have all of that now?'” he said.So how is it that someone like Posada broke away from a reckless life of crime and violence? For him, it wasn’t a single event that led him to turn his life around. It took several blows to his mind and spirit in order for him to begin working on obtaining a new life for himself. “I can’t say it was something that clicked into my head overnight. It just came from years of living in anguish that made me realize there had to be something better out there than this.”He enrolled into Cerritos College after graduating early from Dominguez High school  in 2001. He was 16 and didn’t really have a major in mind yet. “I enrolled, but I didn’t really take it seriously,” he said. “Music was always my thing. But at the time, I didn’t know you could pursue a career in it. So I kept dropping out and going back to selling drugs.”While selling drugs, Posada often found himself in and out of jail to pay for the crimes he committed. It took several stints in jail for him to figure out what it was that he really wanted to do.  “Each time I would get sent to jail, I’d say to myself ‘Ok, when I get out I’m going to do things right. I’m going to get through school and do something with my life’ but then I’d end up getting out and screwing up again.”It wasn’t until the summer of 2007 that Posada began to take his education at Cerritos College seriously.  Today he is a vocal performance major and is very active in the Music department. He is currently working with the Music department to organize a scholarship program that will benefit those studying music at Cerritos College.Faculty members in the Music Department like Dr. DeMichele, have also seen him grow as a student. “With his determination and hard work and with the help of his applied music teacher, Archy has made great strides in his voice and has explored Italian, French and English art song repertoire and opera arias.” she said. “What also makes Archy special is his encouragement to others in the program. He’s always offering a special word of praise or an extra loud applause.”Posada has a few words of advice for other students on campus who may come from backgrounds that are similar to his own.”I’m still not done struggling. I still go through a lot of stuff ever since I started coming to school. I still have moments where I want to go back to doing what I used to do,” he said, “but for other people struggling to get through college, don’t ever think you can’t do it. You can do what you want to do, and be who you want to be.”Posada is preparing to transfer at the end of the spring semester. He has already been accepted to a few colleges like Cal State Fullerton, and UC Irvine, but is waiting to hear from one of two schools he really wants to attend, which are San Jose and San Francisco State.