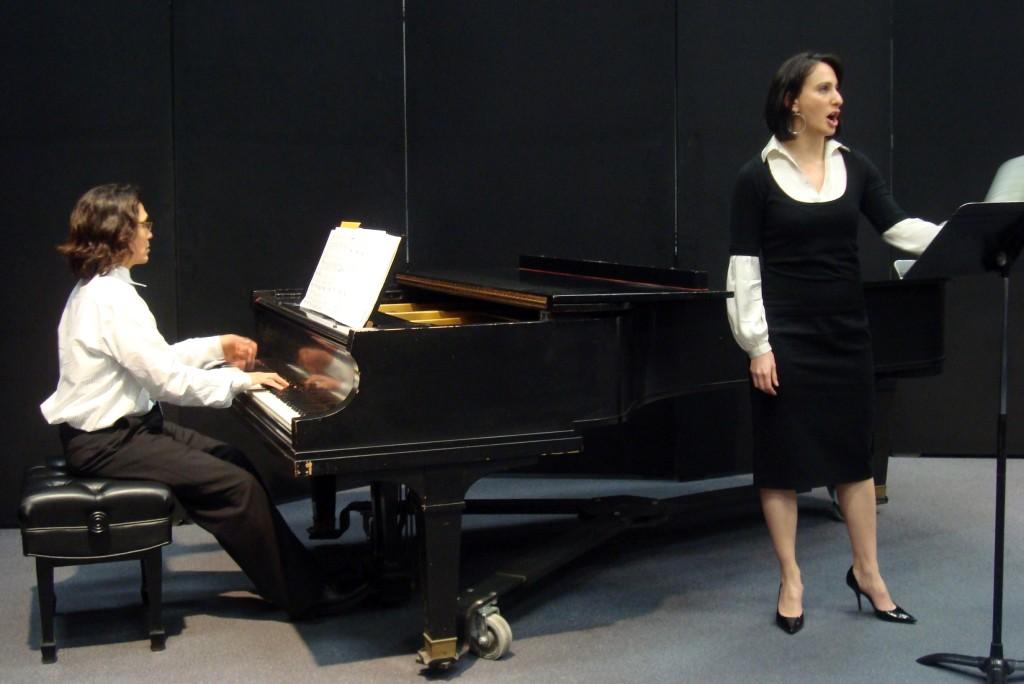 The Cerritos College Music Department presented a small concert for a small audience in room BC-51 on March 12th as part of the annual “Do You Hear What I Hear?” piano concert series. The concert focused on the life and work of one the most famous composers of the 20th century, Francis Poulenc.

Poulenc was one of the most famous composers of the 20th century and had a unique musical style. Paul DaSilva took over on the piano and played many of Poulenc’s well known musical pieces. “Poulenc’s music was very melodic,” said DaSilva. “A lot of his harmonies were very modern, and sound so fresh today. He shows a lot of his own personality in his work which I think is important.”

DaSilva had two special guests assist him in the concert. Maria Lazarova, a soprano singer and Darryl Tanikawa on the clarinet, both performed various songs with DaSilva.

The performers gave the audience a glimpse of the music that made Poulenc famous, and many of the songs that contained lyrics were performed in French by Lazarova. Each song had its own particular feel and mood, jumping from slow and sad, to fast and energetic.

“Do You Hear What I Hear?” is a concert series founded by Dr. Christine Lopez of the Cerritos College Music Department. In each concert, Lopez focuses on a single artist or composer, rather than an entire style of music. This was the second concert series that Lopez put together, in hopes of exposing classical music to a wider range of audiences.

Prior to the concert, a brief lecture was given by Dr. Christine Lopez on the life and work of Poulenc. In her lecture, Lopez discussed much of Poulenc’s career and what it was that made him famous, and a great composer.

The reason Lopez said she named the program “Do You Hear What I Hear?” was so that students can make their own interpretations of the music they hear at one of her concert series. With providing history and background of the music before it is performed, Lopez hopes that each student will walk away not only knowing and understanding what they have heard, but also have the chance to interpret a piece of music in their own way.

“The whole concept and idea behind this program is to give students a chance to learn more about some aspect of music,” said Lopez.

“A lot of these students are general students, and therefore I don’t want them to be overwhelmed with the music they’re listening to. I want them to know what they’re hearing. That’s why I called it ‘Do You Hear What I Hear?'”