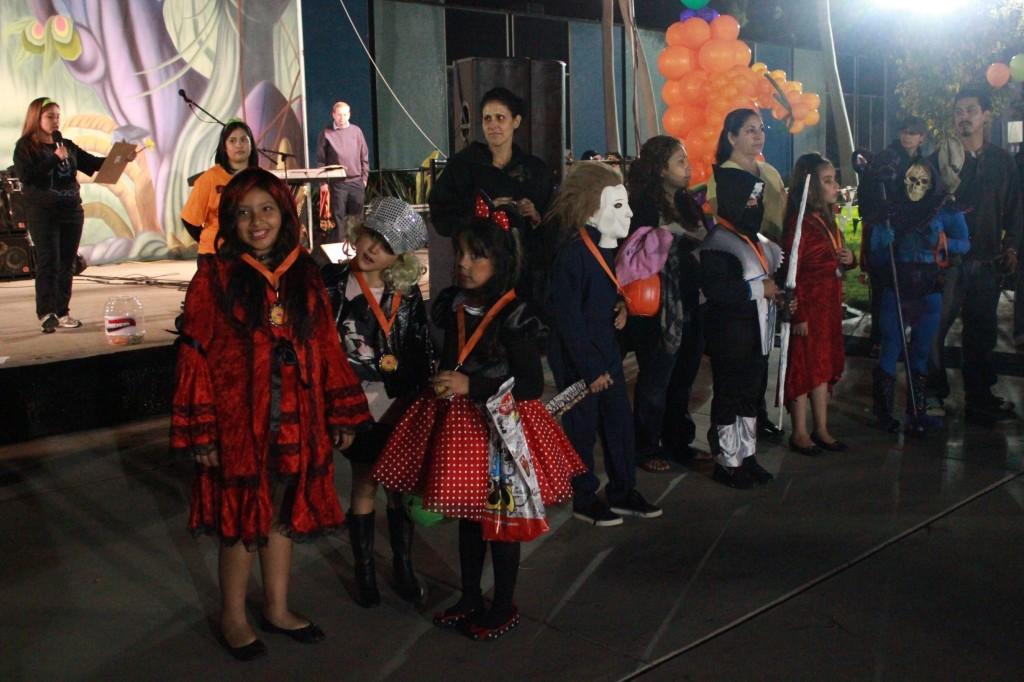 Families took their children to the City of Norwalk Halloween Festival. The EOPS club did its part in the festival by helping with the various activities.

“While lots of people were dressed up in their costumes partying, we were out helping the city of Norwalk on Halloween night.”

Daniel Fragoso, president of the EOPS Club spoke these words after volunteering at the 2010 “Creepy Creatures” Halloween Festival on the Civic Center Lawn on Oct. 31.

Members of the EOPS Club, along with select recruits from other Cerritos College clubs such as the iFalcon Club and the Child Development Club, helped manage several game booths while passing out candy to children during the annual event outside of Norwalk City Hall.

The festival, aiming to provide a fun and safe Halloween environment for families in the community, ran from 6 p.m. to 9 p.m. and was free and open to all ages.

It consisted of live music, five food booths, 30 game booths in which children played games to win candy, and a large stage to hold costume contests for different age groups.

“The EOPS volunteered for this event because we wanted to give back to the community.

“[It] was better than I was expecting it to be.  It was very cool,” Fragoso said.

Many parents opted to bring their children to the festival as opposed to participating in traditional door-to-door trick-or-treating.

Jennifer Trujillo is a mother that attended the event with her husband and two sons.

“It’s good to know that there’s a place you can bring your kids to on Halloween where they can be safe and have fun at the same time,” she said while escorting her costumed children to a game booth.

“I think it’s great that the young people would volunteer at something like this.  It really shows their dedication to the community,” Trujillo said of the Cerritos club members helping out at the festival.

“It felt good giving back to the community,” Fragoso said.

“I am looking forward to doing more volunteer work in the future with the EOPS Club.”