The DJ has students falling in love around campus 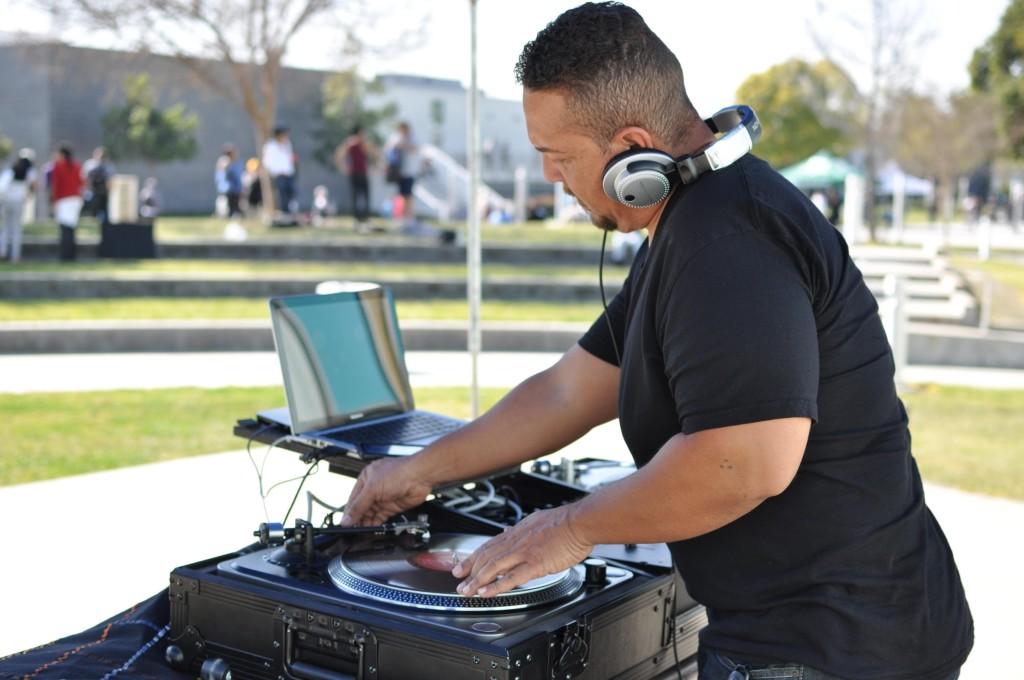 Bryon Espinosa, also known as DJ B1, spins music in Falcon Square on Valentine's Day. The DJ was on campus from 11 a.m. to 1

Bryon Espinosa, also known as D.J. B-1, visited Cerritos College for Valentines Day and played music in the center stage at Falcon Square.

Monday’s soiree was the third visit for  D.J. B-1 and he really enjoy every minute of it. “I like it, it’s fun to come and play some music for you guys”.

While he may have been having a great time, the students weren’t so sure.

Culinary arts major, Damon Springer, thought not only did the music need editing, but also the minds of students, “Maybe he could play clean versions of things. It will not only put a better face for Cerritos but also change the mindset of students.”

Springer went on to add that students will be hearing cleaner words and cleaner versions of music that’s actually building them up rather than hearing about going out and partying or getting drunk.

Other students like history major, Felix Cruz, felt that only certain genres were represented and wanted more variety.

“He could try to get some oldies in there, some 50’s rock and roll, some good swing since that’s what I’m into. He could also try to get some Spanish music in there as well.”

Architecture major, Christian Gutierrez, also thought that some genres were excluded, “He could probably play a little more of everything, Oldies, rock just everything.”

Cerritos College has hired D.J’s for a variety of things such as welcome days, Halloween and more recently Valentines Day.

“We do welcome days and different events you guys [Cerritos College] have,” said B-1, “There’s actually 3 D.J.’s. We work for a company and we alternate so when they [the company] says go we go.”

The students appreciate the presence of a D.J. according to Cruz some schools don’t get to enjoy a D.J. during their lunch hour

“Not many colleges have a D.J. I was just talking to a friend and he goes to ELAC [East Los Angeles College] and he told me ELAC doesn’t do that.”

Gutierrez feels that the music brings students spirits up, “music helps bring someone’s day up. Doesn’t matter if they’re having a good day or a bad day, it can bring their day up.”