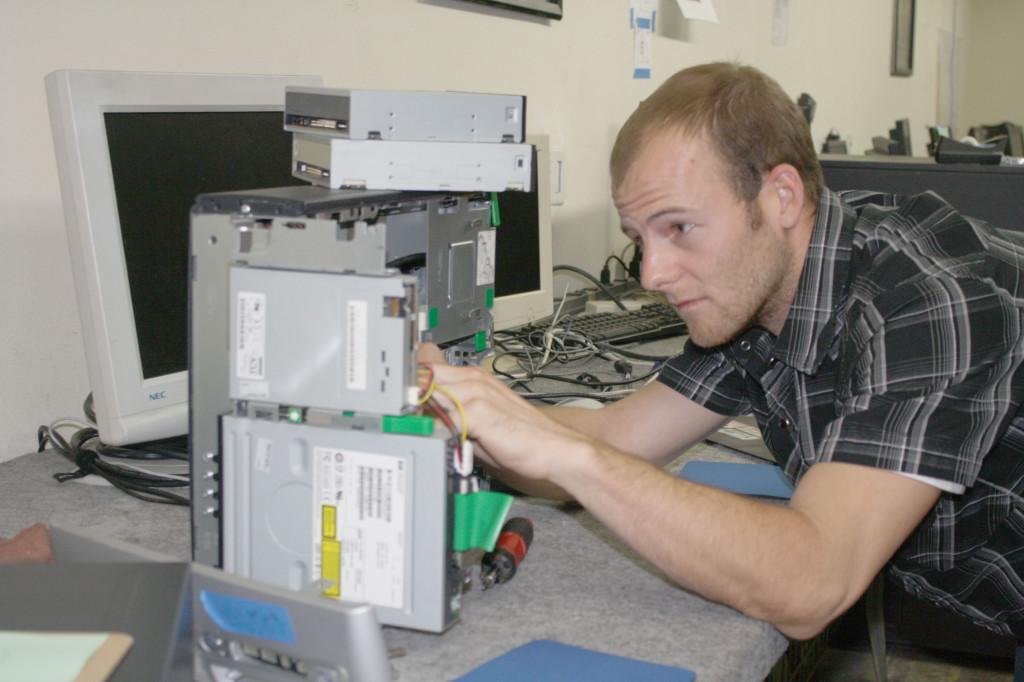 The company, known as “Komputers 4 R Kids, ” has high school and college students volunteering and teaches them to rebuild any electronics that are given to the company, (except home appliances).

Miller said, “As we all know, the future is in technology, and the internet connects us all. And for a child to be able to learn and use [computers] as a tool, they can grow.”

Employers who work at Komputers 4 R Kids breaks down computers and remake them to brand new computers.

He said, “We also save the schools from having to spend so much money on the Information Technology department. If anything goes wrong with a computer, we provide them with an extra computer.”

Miller said that Cerritos College sends its surplus electronic waste to a recycler.

“It’s unfortunate because I feel that a lot of those resources could be redirected in the right direction,” he said.

“It makes me happy that someone sees the worth of this program.

“It is a compliment for me to hear Casey say, ‘I like the organization,’” he said.

Melody Ry, physical therapy major and a friend of Miller since the age of five, said, “I think [Komputers 4 R Kids] is a great idea.”

Ry said that she is considering joining the program.

Komputers 4 R Kids is a California-licensed E-Waste Collector, meaning that the company is qualified to take any electronic waste to their company.

For those interested in donating, Komputers 4 R Kids is located at 16317 ½ Piuma Ave. in Cerritos.