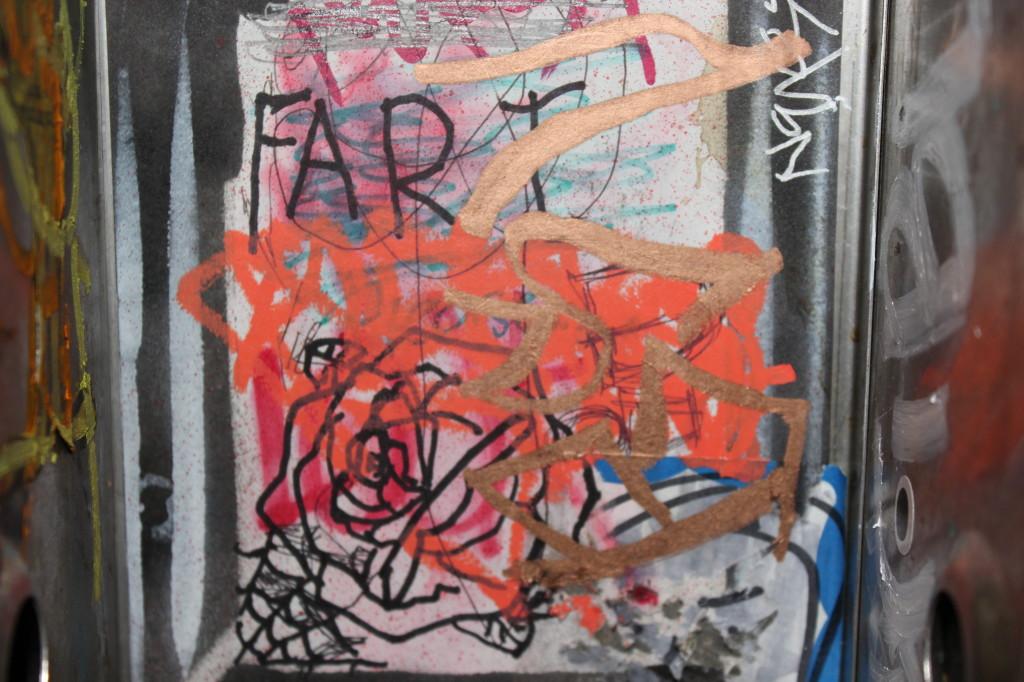 Graffiti located inside a restroom stall of the Learning Resource Center Building.

Cerritos College’s newly renovated restrooms have been vandalized by “taggers.”

Cerritos College has brought some renovations to the restrooms on campus during the 2012 summer session.

According to David Moore, director of physical plant and construction services, about $200,000 was invested into the renovations of 24 campus restrooms.

Before the renovations, stall doors were missing, some toilets and urinals were either missing or in a state of disrepair, and some faucets were non-operational.

Graffiti was also prominent, it was found just about everywhere in the restrooms.

Cerritos College staff members as well as hired contractors worked hard to complete the renovations before the start of the 2012 fall semester.

“A lot of the work was done with our own staff,” Moore said.

The goal was met and Cerritos College began the 2012 fall semester with newly renovated restrooms.

Seven school days into the new semester, graffiti has begun to make an appearance inside the restrooms.

Some of the graffiti was created with the use of pencils, pens, and markers. Other graffiti, known as “scratchitti,” has permanently damaged school property since it is deeply engraved with the use of a sharp object.

The Urban Dictionary website defined “scratchitti” as a form of graffiti where a person uses a sharp object to scratch his or her message into a wall or object. Some of the tools used for this form of graffiti are, but not limited to, knives, box cutters and exacto knives.

“It makes me nervous. It might get a little dangerous,” Lumbi said about the thought of vandals carrying sharp objects.

Lumbi suggests that the vandals responsible should express themselves in other forms.

Criminal justice major Tommy La Costa said, “I think it’s not necessary and it makes the school look bad. It makes us look run down.”

According to Section 594 of the California Penal Code, if the amount of defacement, damage, or destruction is $400 or more, vandalism is punishable by imprisonment in the state prison or county jail not exceeding one year, or by fine not more than $10,000.

If the amount of defacement, damage, or destruction is less than $400, vandalism is punishable by imprisonment in a county jail not exceeding one year, or by fine not more than $1,000, or by both that fine and imprisonment.

“We will fully prosecute to the fullest extent of the law,” Bukowiecki said.