Boardman influences environmental efforts in and out of the classroom 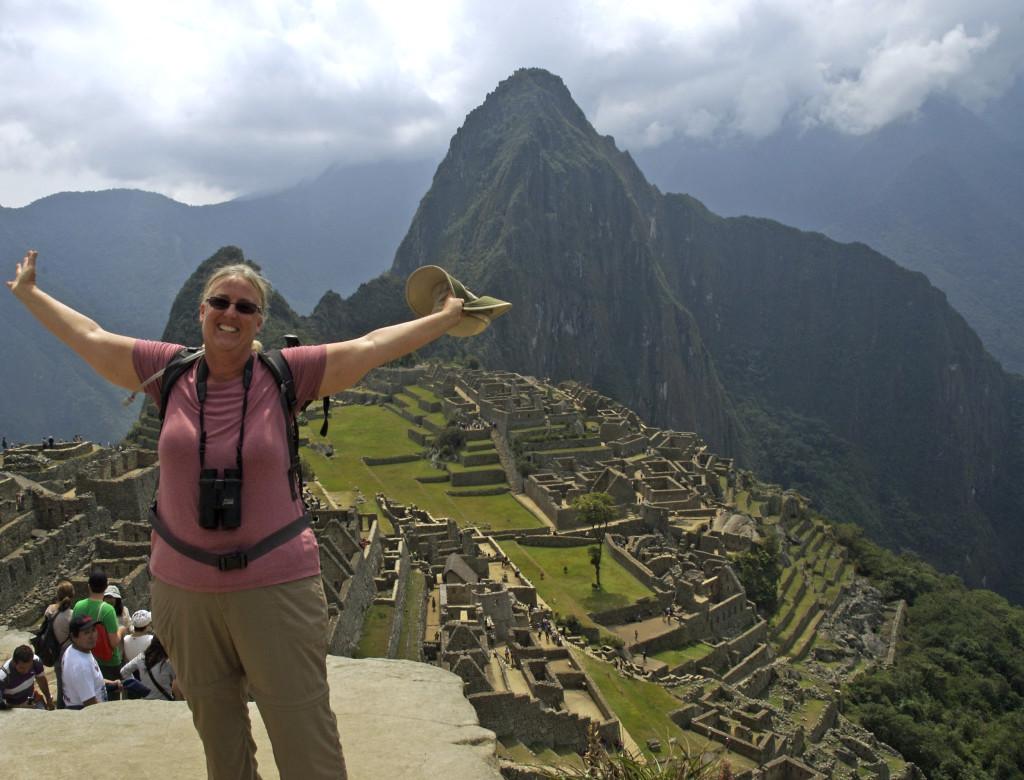 Boardman is photographed in the mountains of Machu Picchu. Boardman is a current Biology teacher at Cerritos College and a council member for the City of Huntington Beach.

Professor Connie Boardman, the chair of the Department of Biology, shares her life journey from falling in love with biology, saving the Bolsa Chica wetlands from city expansion, and serving as mayor and council member for Huntington Beach.

As a young child in elementary school, Boardman always had a fascination of nature and animals.

She would enjoy going on fishing trips in the Utah forests with her father during the summers.

Having a strong interest in nature and plants, Boardman aspired to be a veterinarian and a park ranger, but that would later change. She found her calling, which was teaching Biology labs at Cal State Long Beach while she was studying for her Master’s degree.

She taught Science classes at Warren High School before becoming a teacher at Cerritos College.

Although she is currently teaching, she still plans to one day become what she aspired to be when she was younger.

Boardman said, “After I retire from teaching, my goal is to be a seasonal park ranger at Yellowstone National Park.”

In her classes, she offers the students a chance to help grow and restore native vegetation on the Bolsa Chica wetlands.

Campaigning for her community

In 1992, Boardman was a key player from the Bolsa Chica Land Trust Movement to stop the city of Huntington Beach from creating 4,884 houses in Bolsa Chica, including a four-lane highway and 900 more houses over the Bolsa Chica wetlands.

Boardman stated, “We finally were able to take up legal action. We sued and ended up winning at the trial court level and the superior court level because the project violated the Coastal Act, which was passed by the voters in 1970 which protects the wetlands.

The project was then revised, and eventually only 350 houses were allowed to be built instead of the 4,884 planned, and sold the wetland property to the state.”

In 2003, Boardman became mayor of Huntington Beach, where she was focusing on the physical health of the city, as well as continuing to support nature community groups.

After her term as mayor ended, she decided not to run for re-election.

However, she is currently serving as a city council member for Huntington Beach. Her term comes to end in the year 2014.

During her time as mayor and council member, she helped create plans that will make ocean water cleaner, and ordinances that would ban plastic bags.

Boardman said, “Huntington Beach is really a community of people who care a lot about water quality and the environment.”

Boardman has been recognized for her efforts to make Huntington Beach a better place. She was given the Environment Hero Award presented by Southern California Edison.

Getting the students involved

The club has been on camping trips to Joshua Tree National Park, and Crystal Cove State Park, as well as day-long hikes in the local mountains, learning about plants, animals and their adaptations.

“I think that she (Boardman) has made a huge impact on campus as she is the one that motivates people to really get things done.

“She shows students what they can do to make a difference outside of the classroom, and it makes me proud to be a part of the Biology department knowing that our teachers actually care about what we are teaching about.”