A quick rundown of everything homecoming 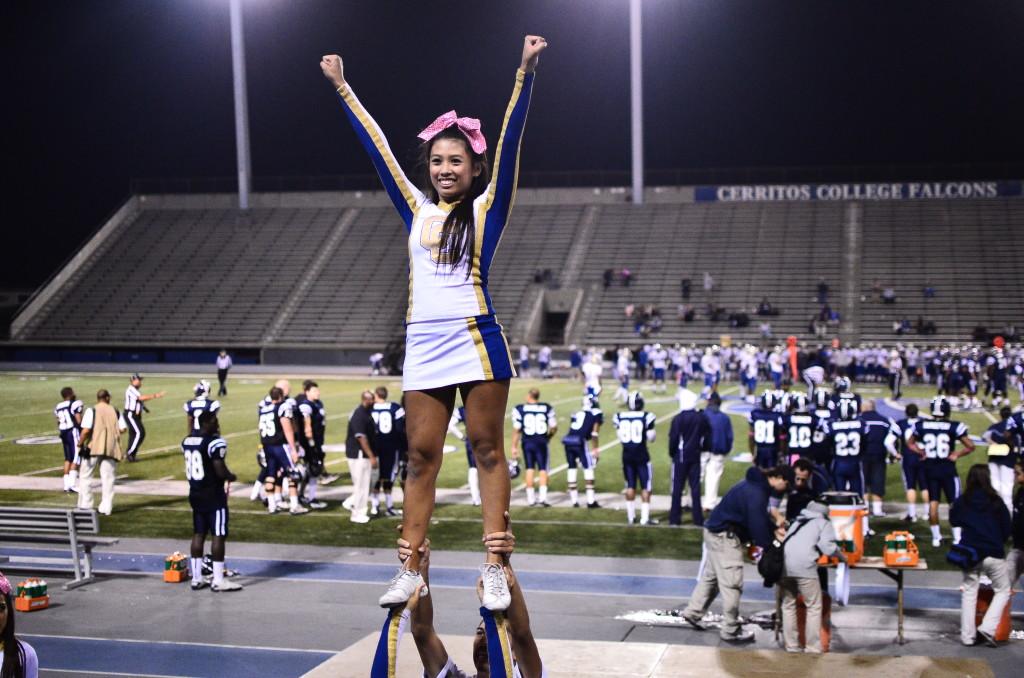 This year’s float contest and homecoming schedule revolved around the theme “Broadway Musicals” which was discussed amongst the different clubs from Cerritos College at the Homecoming Kick-off Luncheon on, Aug. 29.

Homecoming Court election week was a hectic journey not only for the Cerritos College club members that were supporting their representatives, but also for the homecoming queen candidates themselves. The candidates had posters, flyers, candy and campaigners supporting them competing for the homecoming court all over campus.“I have to see all the nominees, I’m looking for someone with brains, a 4.0 (grade point average) and above,” said Cerritos College student Grecia Martinez.

Receiving his veggie bouquet and plaque, Oscar De la Torre, representing No. 5 Geovana Saramiento, won the 2012 Cerritos College Homecoming Court Mock Rally competition on Thursday, Oct. 4 at the Student Center. Talon Marks Club Press Club Treasurer Patrick Dolly received first runner-up and a plaque as the mocker for No.1 Lauren Gandara. “It was a lot of fun, people say it’s tough or embarrassing but I tell them not really, all you have to do is have fun with it and that’s what I did, I went out there and I had fun,” De la Torre said.

At halftime the homecoming queen was finally announced. MarJona Smith-Holieway, an independent runner, was named and crowned as Cerritos College’s 2012 Homecoming Queen.