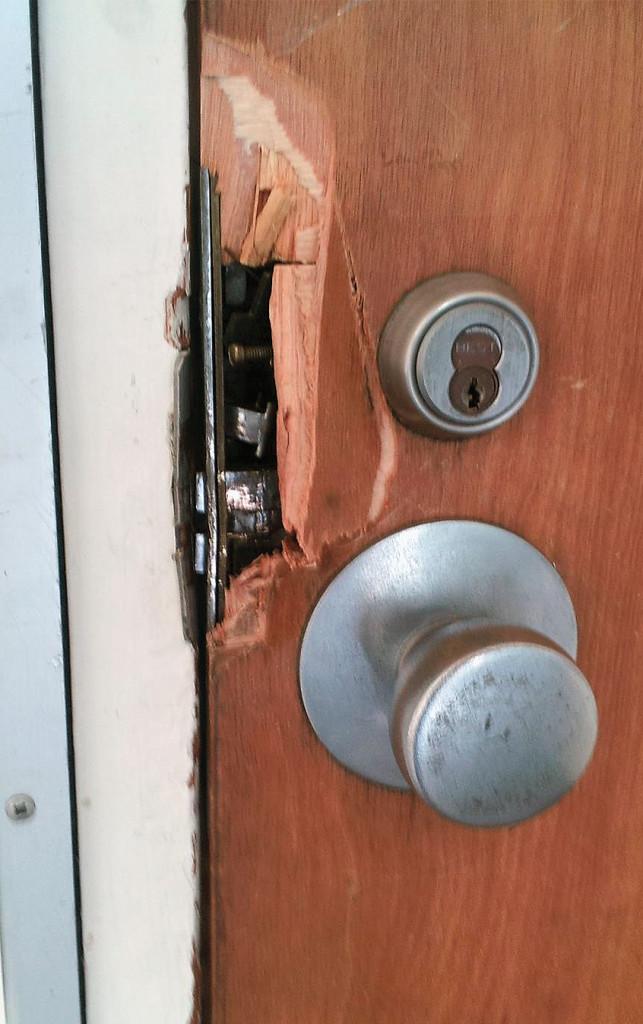 Unknown burglars broke off part of the wood to the Newsroom door in order to gain entry early Monday morning. After gaining entry, two computers were stolen from the classroom.

Room 42 of the Fine Arts Building was broken into early this morning.

According to Cerritos College Police Chief Richard Bukowiecki, the break-in happened around 4:40 a.m. on Tuesday, Oct. 23.

It is suspected that four burglars were involved.

A custodian was coming to clean the building only to discover a perpetrator hiding in the bushes.

The perpertrator ran off and two more perpetrators ran out of the room.

One of the Macs was recovered and is being processed for fingerprints.

This is the second burglary in less than a month that involve Mac computers being stolen.