Health and Wellness teaches students how to avoid getting diabetes 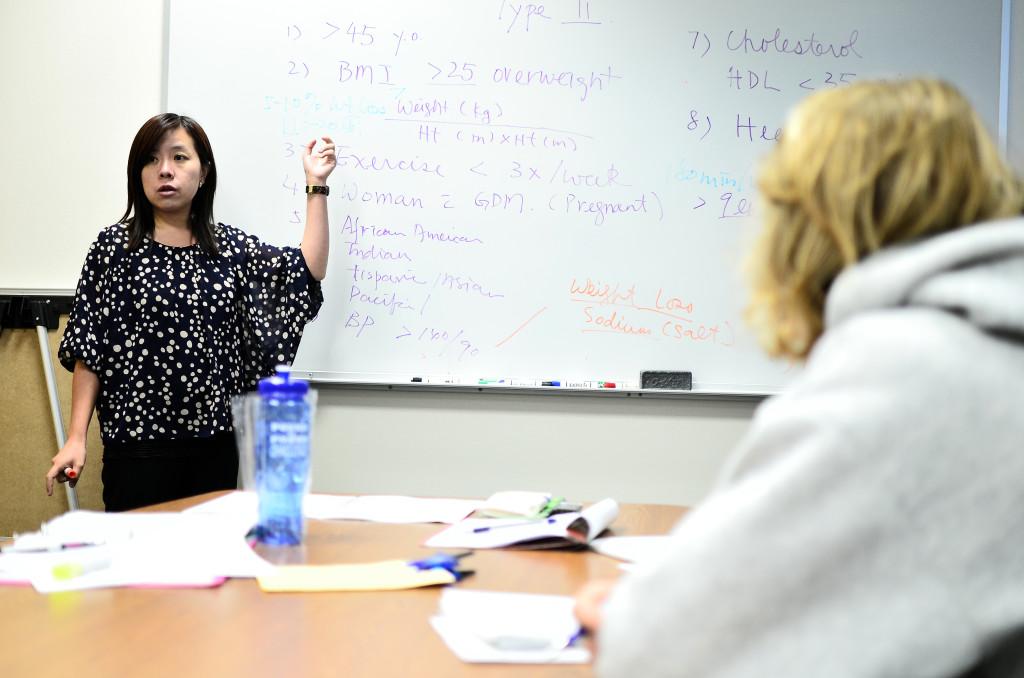 Dietician Hazel Ng giving a lecture on diabetes awareness at the Student Health and Wellness Center.

The Student Health and Wellness Center hosted a seminar to inform students about diabetes on Oct. 23.

Hazel said, “It is very important to take a blood test to identify if you have diabetes or not, or to see if you are pre-diabetic. If you find out that you are pre-diabetic, the good news is that we can maintain it that so it doesn’t go out of control.”

There are two types of diabetes that were mentioned in the seminar that people looking for: Type 1 and Type 2 diabetes.

Type 1 diabetes deals with mostly children that are born with diabetes problems such as lack of insulin in their system, which causes them to rely on insulin injections.

Type 2 diabetes is caused normally as a person grows older and has poor eating and exercise habits. It is the only type of diabetes that can be prevented of the two.

It was discussed in the seminar that some of the major issues students could face if they did not take care of themselves would include amputations on certain parts of the body, gum disease, and blindness.

Ng informed the audience that more and more diabetics are becoming blind younger around their 40’s and 50’s when their diabetes is not under control.

Heart problems may also be an issue for victims of diabetes as it is very easy for them to get high cholesterol and heart attacks.

Some of the biggest factors that lead to diabetes are age, being overweight, and lack of exercise.

Ng recommended to the audience to exercise either three or more days a week for at least half an hour each day.

Pregnancy is another big risk factor for women called “gestational diabetes” when they experience high blood sugar levels which increases their chances of gaining Type 2 diabetes later on in life. Women who are in the process of giving birth to a baby that is at over 9lbs. are also at risk.

Family backgrounds can also play a role in having diabetes, mainly if you are American Indian, African American, Hispanic, Pacific Islander, and Asian.

An individual can notice symptoms that are caused by diabetes such as increased thirst, frequent urinations, and sudden weight loss.

Eating healthy foods such as fruits, vegetables, protein and whole grains are highly recommended in our daily food habits to combat diabetes.

Business marketing major Irene Eskander said,”I’m going to go and get myself tested for diabetes and work on making more healthy changes for myself.”

Undecided major Zachary Witt said, “I learned a lot on how to eat right, and how to maintain my portion control on the things I eat. I already exercise, so I think it really depends on the kind of person that you are to know what to increase and what to decrease, and for me, I just need to work on eating better.”