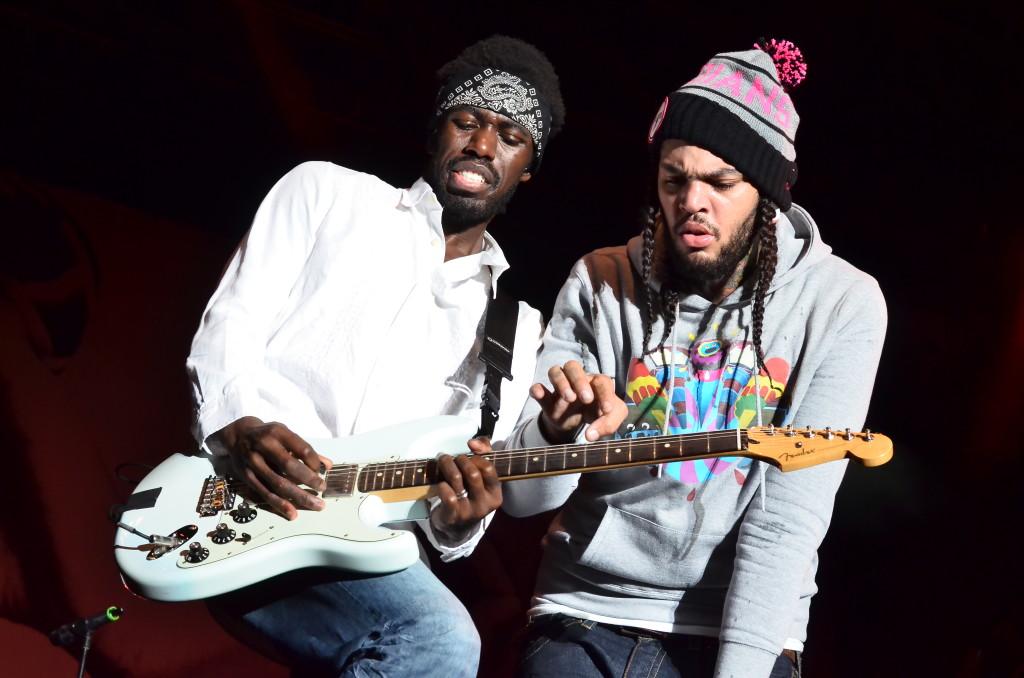 Cerritos College students filled the stands at Falcon Stadium for the “Homecoming Party Bowl” hosted by Tostitos on Thursday Dec. 13, in honor of military veterans.

The event had lots of surprises in store for the crowd as well as for the veterans who played in the game.

The crowd cheered and banged its thunder sticks as it watched a veteran parachute down onto the field with the game ball for the night’s flag-football game featuring Wilson, Warner and Allen playing along side military veterans.

Wilson played on Team Liberty in the first half, then switched jerseys to join Warner and Team Freedom.

With the game winding down to its last minutes, Team Freedom was leading 26-20.

Team Liberty threw a pass into the end zone which was intercepter by Wilson sealing the victory for Team Freedom.

The audience erupted into a frenzy after witnessing Wilson’s phenomenal catch.

Following the game, students jumped over the stand railings onto the field to watch the music group Gym Class Heroes perform.

On-fileld privileges were originally for VIP attendees, but the overwhelming mass of students were too much for security to hold back.

Gym Class Heroes turned up the Cerritos College crowd as they performed its recent hits like “Billionaire” and “The Fighter,” as well as early hits like “Clothes Off.”

The band closed with “Stereo Hearts.”

After its performance, the group snapped a photo of themselves with the entire crowd in the background..