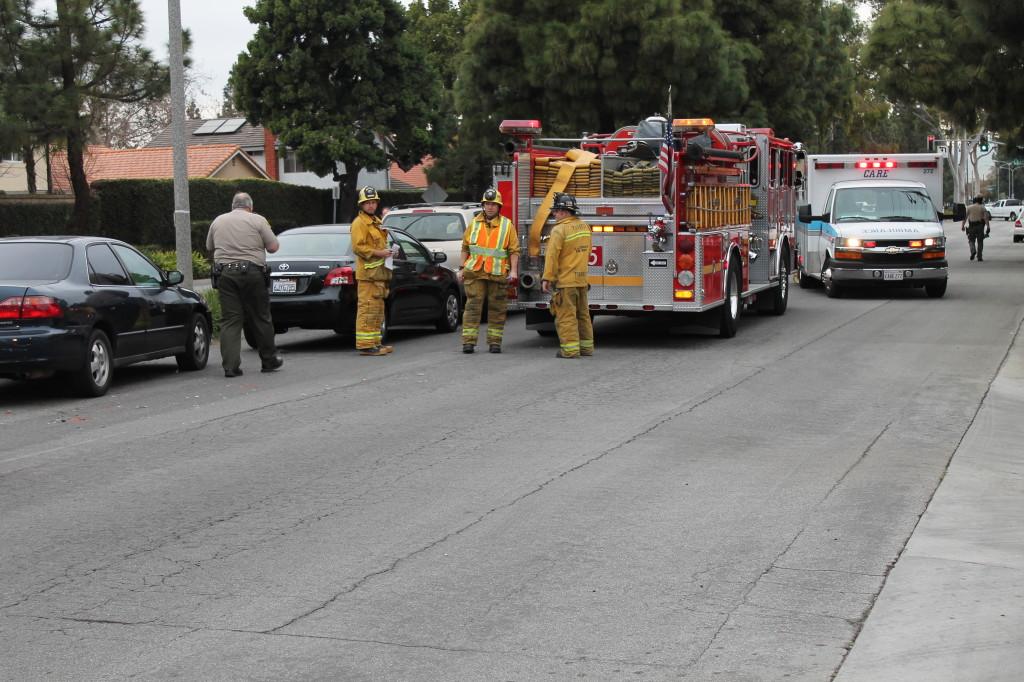 Accident on Studebaker Rd. and New Falcon Way on Jan. 23.

Four cars were involved in an accident that took place on the corner of New Falcon Way and Studebaker Road on Wed. Jan. 23 around 12:30 p.m.

A student of Cerritos College rear-ended another car and started a chain of a four car collision.

The Cerritos College Campus Police were the first to respond to the scene.

They then had to call the Cerritos Sheriffs, since the accident occurred near but not on campus.

Another student was on the way to the hospital seeking medical attention unrelated to the car accident. It is unknown if the student sustained injuries during the accident.

Criminal justice major Alexis Gonzales was one of the students involved in the car accident and was the first car, to be rear ended.

“I had to stop because of traffic, and the white car hit me (from behind). I guess his breaks didn’t work.” he said.