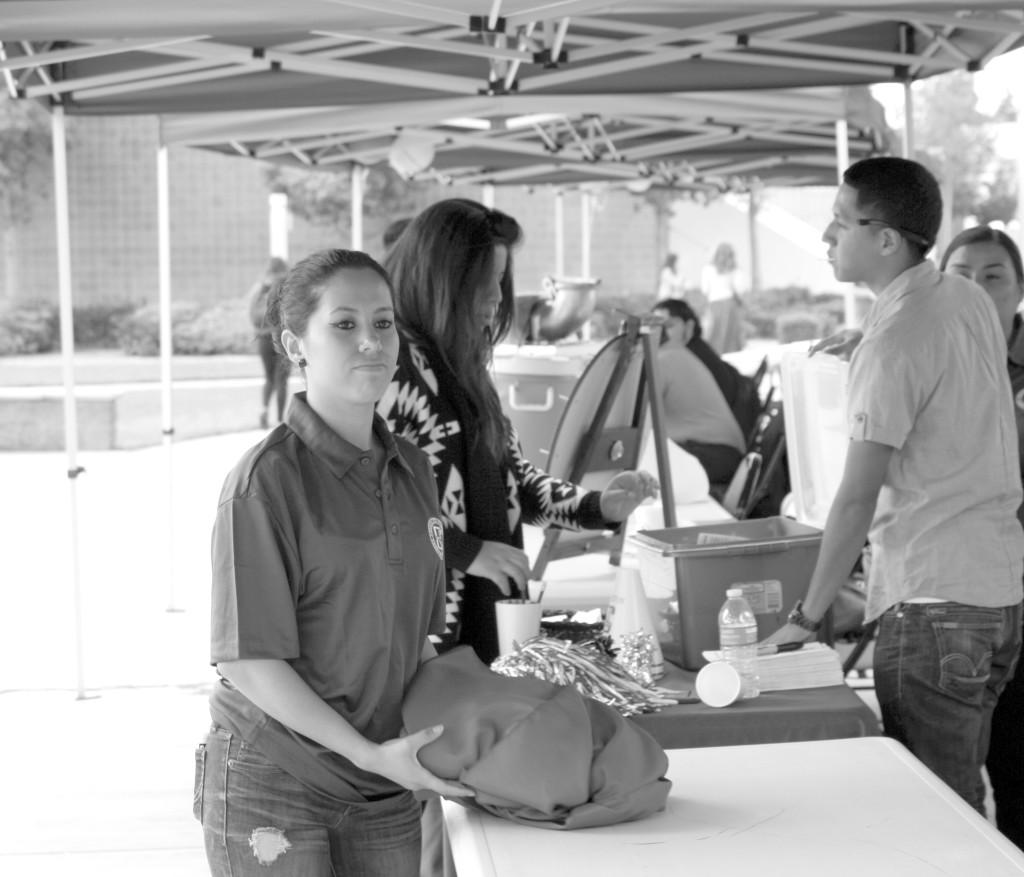 Commissioner of Student Services Karen Sapia was the main orginizer of the Student Services fair Tuesday Oct. 29 in front of the hill in Falcon square. The fiar gave information to students about the services availible for students and the chance to win a scholarship.

The pathway near the hill in Falcon Square was graced with the presence of the very first Student Services fair. Many clubs were present under blue tents Tuesday, Oct. 29 from 11 a.m. to noon.

The event was set up to promote awareness of the various clubs on campus and also allow for students to see what they’re about.

All the campus’ clubs were notified of the event, according to WPMD radio representative Jaime Rob Flores.

“We featured departments and we invited clubs to participate,” Flores said. “We were here to promote awarness of not just the radio/television film courses offered here at Cerritos (College’s) campus, but also the radio station (and) the fact that we have programing here.”

Clubs like the WPMD Radio and Broadcast Club came out to let students be aware of the clubs’ existance and try to rally involvment and interest in said clubs.

Karen Sapia, commissioner of Student Services, was the student representative for this event.

“What we did here was we brought out the all the departments that have student services on campus for our students,” Sapia said. “The cool part about this is we provided the oppourunity for five different scholarships for any students that attended.”

Students that were at the fair had a chance to enter a drawing for a chance to win scholarships up to $50.

The winners of the scholarship drawings will be announced Monday, Nov. 4

The winners will be contacted by email; the only criterion was to attend the fair and go through every single booth that was there.

Students were given a paper and each department was to stamp the paper handed to the students for proof that they were present at the fair and that would buy a ticket in the drawing for the scholarships.

The ASCC provided the event for the campus with Sapia being the lead organizer.

“I wanted to bring awarenes to our students because I’m aware that there (are) great services on our campuses that students don’t know about,” Sapia explained.

Sapia came up with the idea to inform students about many helpful and convinient services that the campus’ clubs have to offer.

The event had a live disc jockey, free pop corn, free snow cones, free cotton candy, a scholarship opportunity and all of the departments present.