Great Shakeout a wake up call for earthquake preparedness 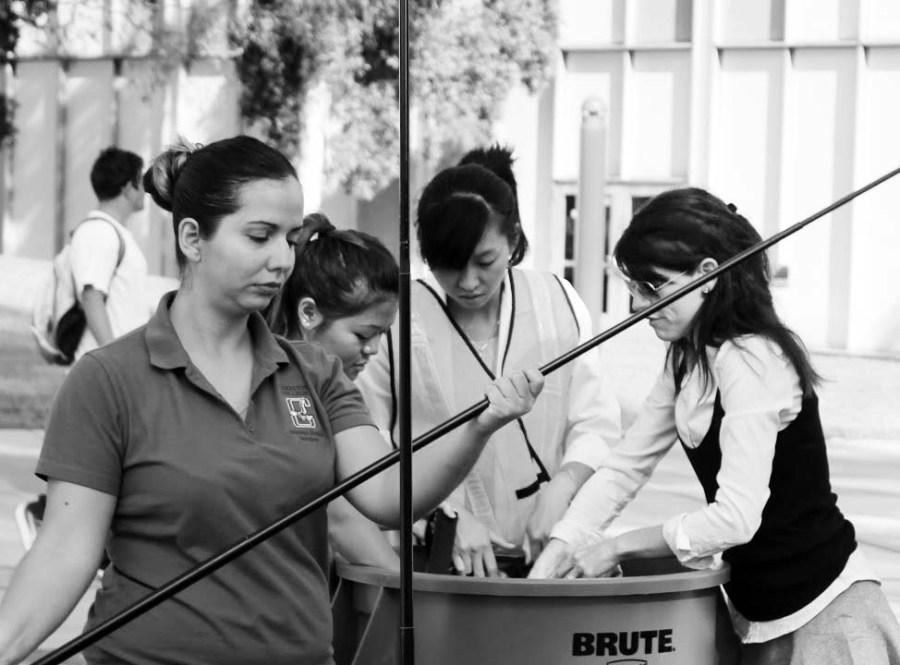 Safety first: Officials set up a triage area to practice what would happen in case of a real earthquake. Participants were told to treat the drill as if it were real.

Occurring just a day before the 25th anniversary of the 1989 Loma Prieta 7.1 magnitude earthquake that injured thousands and destroyed parts of the Bay Bridge, Cerritos College took part in the The Great ShakeOut, a state-wide earthquake preparation drill last Thursday.

Designed to help residents of California work together and prepare individuals across the state for disasters, like the one in Loma Prieta, the ShakeOut gives a good indication on how things would go in the event of a disaster.

The drill is coordinated statewide with over 9.6 million participants in California.

Cerritos College started its drill at 10:16 a.m., with students encouraged to treat the drill as if it were an actual earthquake by dropping under their desks and taking cover. Afterward, students followed their instructors to designated locations on campus.

“If you’re in a classroom; since we’ve been taught as kids – duck under a desk, put your hands over your head to protect your head and wait (for) further instructions,” advised Student Body President Miles Aiello.

Groups that traveled by Falcon Square were able to see the Triage Center, where injured students would go to receive aid from a Rapid Response system, headed by Dr. Hillary Mennella.

“When we hear a drill alarm, we take our Rapid Response system, and set up in the quad,” Dr. Mennella said. “We want to be visible to everyone on campus, so that way if someone is injured in a real emergency, we can help (him) here on the triage quad.”

During the drill, building marshalls go from classroom to classroom to ensure that the rooms are empty. Each building has a marshall and provides backup to other marshalls in the event that the building is destroyed or already cleared.

Some students are at greater risk during an earthquake depending on their location on campus. For example, students in the Culinary Arts facilities are near gas lines that could break.

“I think my first thought would be to get out of there, just run,” Victor Gonzalez, culinary arts major, said. “Any time you deal with anything in the kitchen, you’re dealing with dangerous stuff. You have your fires, you have your burners and, of course, you have gas lines. You definitley need to be aware of that.”

After the drill, Aiello encouraged students to think of what they might do during an actual earthquake.

“I think students can put themselves in the situation and ask themselves where they would go, who they would contact and just run the scenario through in their head.”