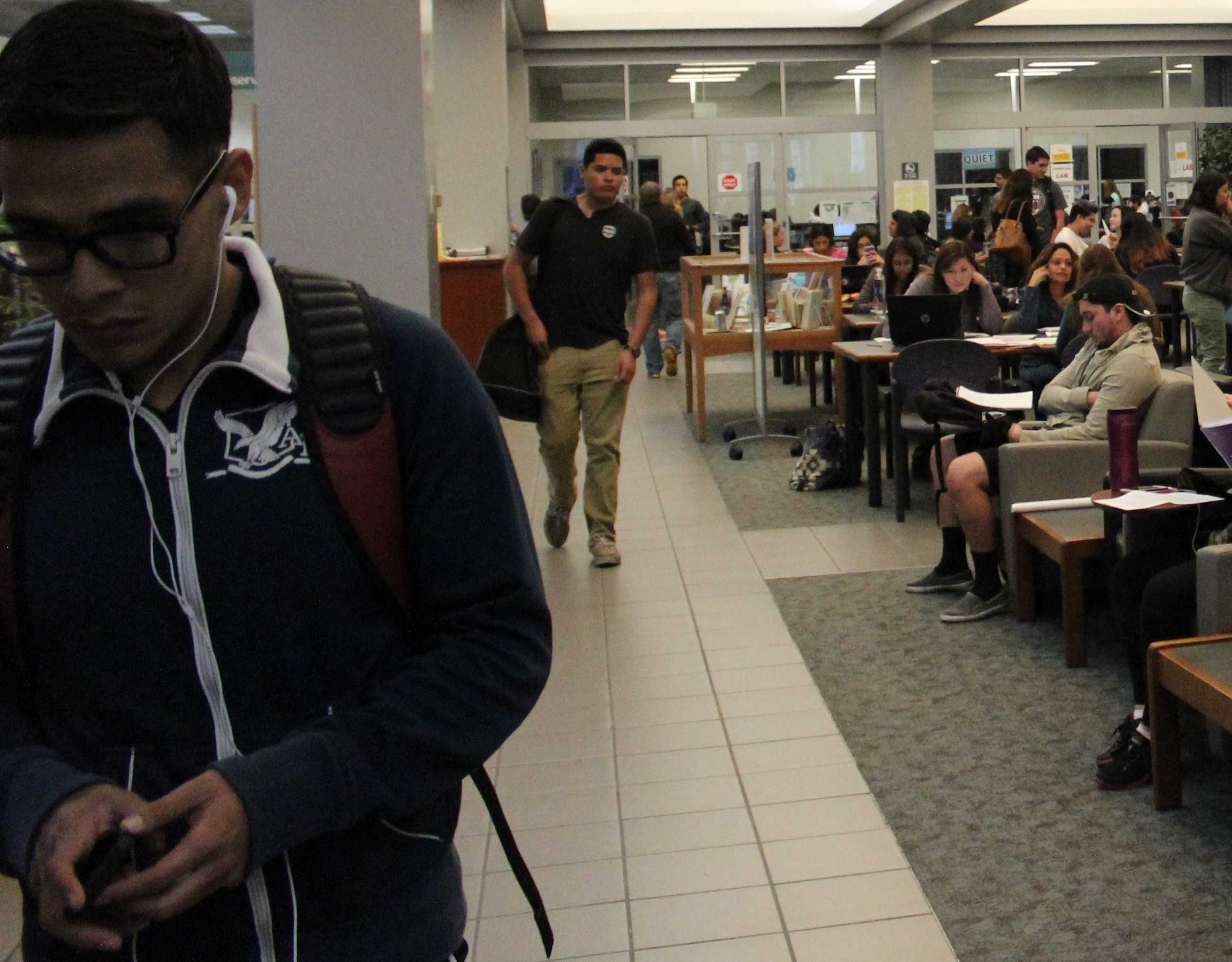 Students expressed one irony about the library – it’s too loud.

Noise has become an issue for students regarding the Student Center and library areas.

There is concern with students and ASCC members that the regulations and rules for the two areas have not been enough, and that the noise and atmosphere have reached an obnoxious level,seemingly making it a not ideal place to study or concentrate.

ASCC, at its Cabinet and Senate meetings, have proposed solutions to the problem. Additionally, at a recent Student-Life committee meeting, the same concern was brought up.

A proposed cause to this problem is that students do not have a place to interact or have fun on campus.

Despite the Student Center serving as the “hangout” type of spot that is seemingly missing on campus, it still serves as an interference, according to Olivia Henderson, business and communication major, as she sometimes doesn’t even understand “why some people are here.”

“They’re in here all day just doing really dumb stuff. There’s this (woman) who comes in here; she’s just here for hours with a group, and she’s just always screaming; each time she sees a new person, she’s just screaming.

“I don’t like to go to the library because I just feel that it’s a lot more packed in there.”

And the library is a source of its own noisy issues, as well.

Librarian Stephanie Rosendlatt chalks it up to an environmental issue.

Human Resources major and student-aid for the library, Carolina Perec, agrees that the library area has become a place of recreation as opposed to one of studying.

“It can be a nuisance. It’s really loud because we have a lot of students coming in … They come here just to hang out, basically. It interferes with the people that are actually studying.”

Hyginus Ifeanyi, landscape architecture major, agrees with the same point, “I often hear the librarians, over the speaker, telling the students to be quiet; that people need to study and concentrate. Then, you would hear it get quiet for a little bit, and then it will get loud again.

“Some people just want to joke and be with their friends, but that area is a place to be serious, and if you want to laugh, you should go outside.”

Even the computer room has issues, as nursing major Elizabeth Torres noted that the person in charge, Masoud Alavian, has to sometimes kick people out of the lab because of how loud it gets.

“I think that’s good for him. I applaud what he’s doing, although some of the (students) get face-to-face with him.”

According to the librarian, a glass wall will be put up by next summer or next fall, dividing up the library into two parts – a “group, chatty side, and the other would be enforced to the more quiet, serious study side.”

Regardless, for now, the problem remains.

Rosendlatt said, “It’s just that we have competing needs; people study differently, people’s expectations about public space are different. Hopefully by next fall it’ll be a lot better.”