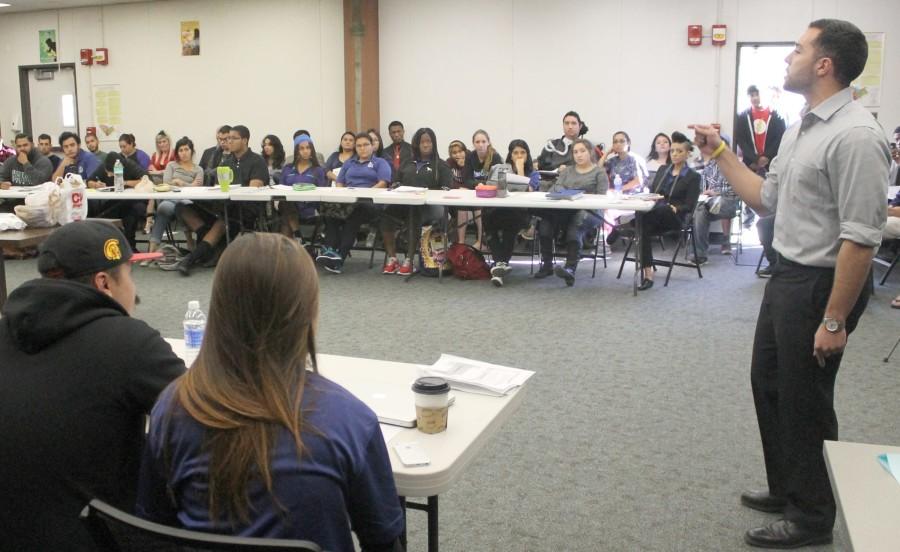 Charles explained in his resignation speech that he is overcome with the stresses of the typical college student.

He hopes to pursue his video game designer dreams since he plans to transfer to UCI next semester and wants to focus on school.

“The process is that Aldemar, who is the president pro-temp, shall be the acting vice president for the mean time, until someone appoints a new vice president. So in that case we shall either have it on the next senate meeting or have a special meeting.”

This raised more questions about the student affairs position since the legislation was specific to the president and vice president about stepping down from those positions.

The positions would be paid $14.32 an hour with a maximum of 20 hours a week and payment would be allocated from the Student Equity Plan.

ASCC Senate approved the resolution for the recommendation for the ASCC president and vice president to resign from student affairs position jobs.

ASCC President Miles Aiello announced he will take into consideration resigning from the student affairs position.

One senator however, stated that the position violated the Student Equity plan, by not having specific success indicators to measure student success, along with no clear job descriptions and lack of transparency.

According to the California Community Colleges Chancellor’s office website, ” ‘Success indicators’ are used to identify and measure areas for which disadvantaged populations may be impacted by issues of equal opportunity.”

Some senators left the Senate meeting as soon as the legislation was passed.

ASCC Senate also postponed voting on the allocation for CCMUN of $400 for LAMUN lodging.

Senator Joe Nino brought up a concern during the meeting about this time management and said during discussion to fellow ASCC Senators.

“We spent so long talking about the student affairs positions and when we come to appointing all these commissioners we approved it without even knowing who the candidates were or seeing if they’re qualified or not. So where do our priorities lie? Is it personal interest or is it what’s right for the students?” said Nino.