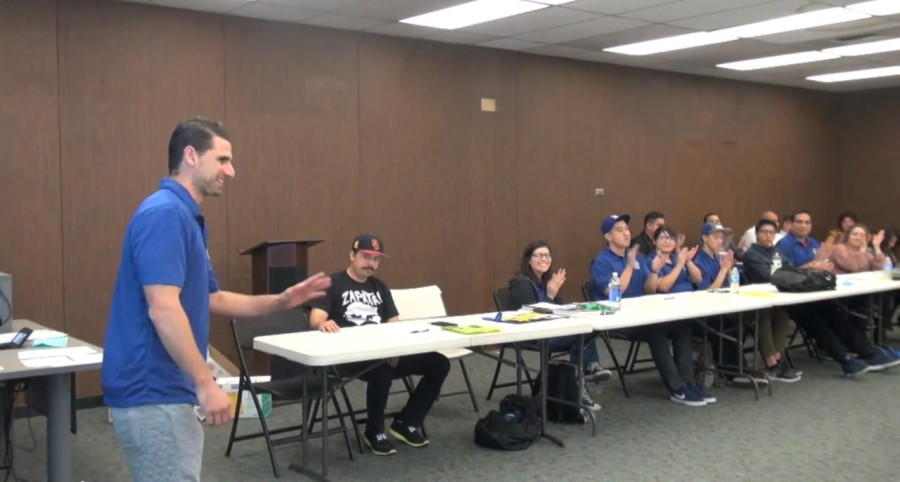 The new vice president vacancy was filled, voting for the resignation of the student affairs position of ASCC President Miles Aiello was delayed and senate allocates money toward the LAMUN Conference for the Model United Nations Club at the senate meeting on March 4.

Aiello appointed Senator and Majority Leader Joe Nino to fill the role for the rest of the spring semester.

“It’s not a traditional way to be appointed into office but I’m confident in my capabilities in handling the situation and finishing the term on a strong note, ” Nino said.

“I’m going to approach it I guess the same way I did in senate, business first, nothings personal. We want to make sure we’re conducting our meeting as efficiently as possible a lot of things we need to take care from a business perspective on-campus and off-campus,” he said.

Designated to be the last item on the agenda, the presidential veto action item was postponed to the next senate meeting on March 11.

The delay carries the issue of the handling of the student affairs hiring process to yet another senate meeting.

Aiello made it clear to end the prolonged delegation and move on to other items.

“I believe senate needs to go and make a vote. They’re claiming and restating the same arguments over and over again with no proof or evidence to back it up and it continues to hinder the progression of the institution,” Aiello said.

He cited Nino’s experience as a primary factor for filling the vacant vice president position.

“He’s very seasoned in terms of parliamentary procedure and I expect him to efficiently coordinate senate for the rest of the semester,” Aiello said. “He knows what he’s doing and that’s exactly why I picked him.”

The CCMUN was asked to return to the senate and propose funding that included food expenses in the last senate meeting.