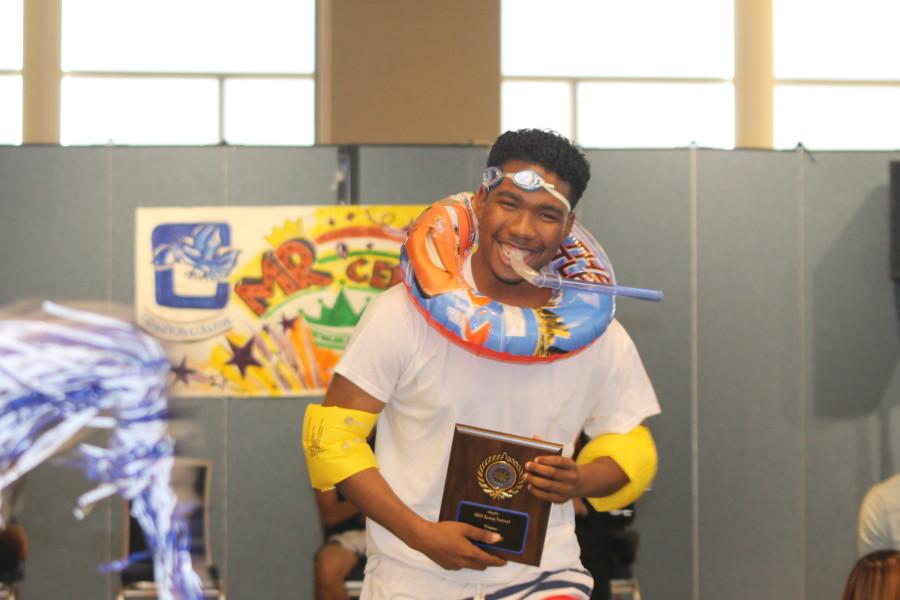 Ishmel Albert stole the show and the Mr. Cerritos title with ‘Uptown Funk.’

Contestants appeared in dress clothes and walked a runway, answered questions, lip-synced and performed a dance to a soundtrack.

Albert came into the contest without high hopes and mainly for the experience.

“It feels really good, I didn’t expect to win. My club just nominated me just for the fun of it and I felt like winning Mr. Cerritos was a huge accomplishment because I’m just a nobody here. I’m Mr. Cerritos now,” he said.

His performance of ‘Uptown Funk’ by Bruno Mars turned heads and demanded attention, as audience members not involved in the choreography joined in his dance routine.

“People in my club knew the dance (to Uptown Funk)… I had no idea what to do so they had mentored me. We watched the music video over and over again with Bruno Mars and his back-up dancers. Yesterday we were at the (Kabarkada club) president’s house trying to get this,” Albert added.

Host Ray Marr indulged in the festivities and what goes into the Mr. Cerritos event.

“I’ve been doing Mr. Cerritos and all the homecoming events since 1974, so I’ve been doing this for almost 40 years now. Every year it’s a little different but it’s also the same. The questions they give us are pretty much the same. They want to keep it family-friendly and clean. We want everyone to have a good time.”