Writ of Mandamus for ASCC Vice President rejected by Court 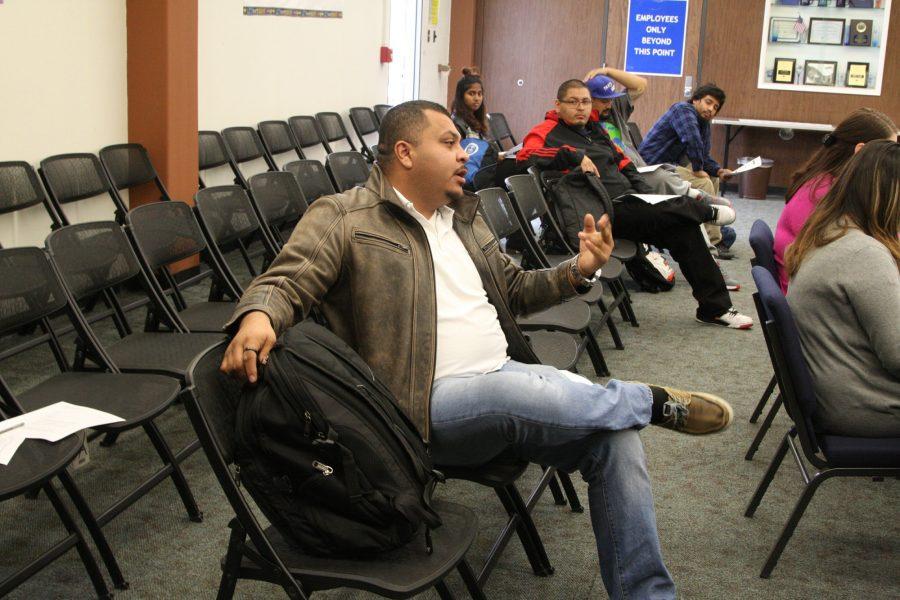 ASCC Vice President Enrique Rodriguez is speaking as a member of the public in his defense over the Writ of Mandamus placed by senator Gurpreet Ubbu. It was rejected by ASCC Court due to insufficient evidence and unspecific by-laws in the constitution. Photo credit: David Jenkins

The Writ of Mandamus requested for ASCC Vice President Enrique Rodriguez by Senator Pro Tempore Gurpreet Ubbu during the March 1 senate meeting was rejected by ASCC Court on Tuesday. The court made this decision by proving that the evidence brought forth by Ubbu was insufficient.

Court Judge Dennis Garcia said, “It look like there was no strong case against the current VP. I saw it going this way, and seeing all the evidence presented today was not enough to present a Writ of Mandamus to the VP.

Garcia also mentions he did not see that there were any violations of the by-laws, or any unfulfilled duties by Rodriguez.

He continued by speaking on the evidence itself saying that “most of it seemed to be hearsay, and some of the evidence in support of Rodriguez seem to be sections of the blue book, but pertaining the evidence against VP Rodriguez, I didn’t see anything. It just seemed to be a lot of miscommunication and a lot of disagreement on issues. We want to see evidence that [he’s] not fulfilling [his] duties.”

1) a screenshot of the agenda item from her cell phone.

2) a screenshot of emails also from her cell phone.

With these pieces of evidence, Senator Ubbu stated that the VP was not doing his job sufficiently, but the evidence did not hold up in court.

Senator Ubbu said, “I was initially disappointed-I’m not taking any of this personal because this is a job. You shouldn’t take anything from student government personal- I was really disappointed because I see so much potential the VP position has, it has a lot of standards and I just don’t see [them] being met.”

Senator Ubbu would like to let new senators understand that they have a voice and that they don’t have to be shy. They can speak up if they feel something is wrong or would like improvement in some areas.

Chief Justice Rodrigo Quintas, is glad that all of this is over. He too saw that the evidence that was presented did not hold up to the claims that were being made.

“I would have preferred if both sides would’ve come prepared with factual evidence, more concrete witnesses, but the lack of evidence, and the type of evidence just goes to show the lack of: a.) preparation of both sides to withdraw the claims, more so on Ms.Ubbu’s part because she did not present sufficient evidence and b.) the fault of the standards by the by-law that there is no official duty.”

He concluded by saying: “I’m glad the Writ of Mandamus [dilemma] is over.”

Enriquez is also glad it was rejected and said, “I believe the [justices] made a decision that was thought through […] very much during spring break even, and they had a chance to present the evidence […] of course if it is including me, I want to know what is said. I like constructive criticism.”

He also believes this will not create conflict within ASCC because he believes Ubbu spoke up and “would never try and suppress no one’s voice.”