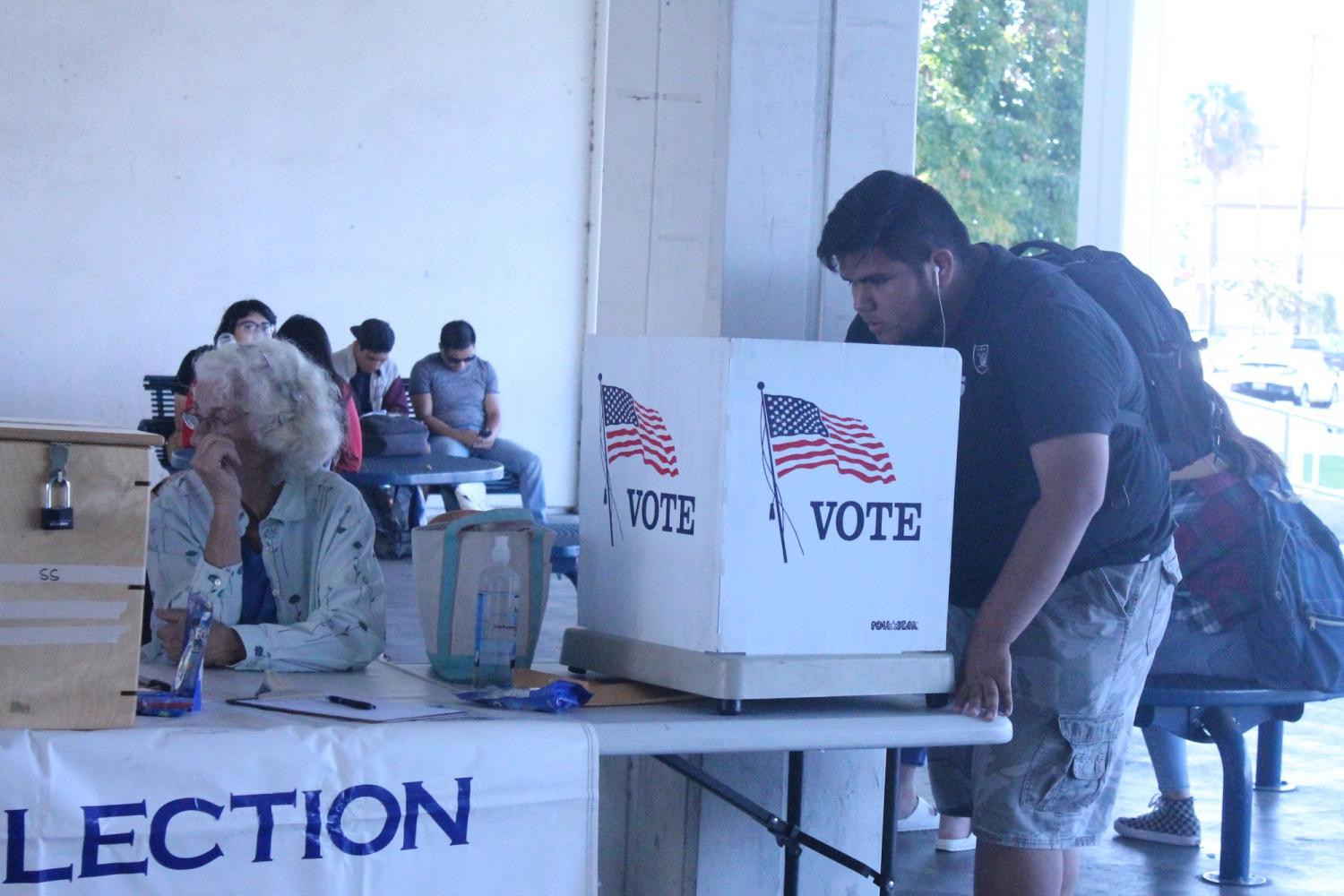 The Associated Students of Cerritos College held senate elections and the results are in for the 31 available senate seats.

Cerritos College students were allowed to vote from Sept. 13 and 14 at three ballot houses around the campus.

A total of 170 ballots were counted at the end of the elections on Sept. 14, with one ballot being thrown out for being invalid.

Many students said they voted to show their support for friends who were running for senate election.

Argenis Garcia, marketing major, confessed that she only voted because her friend was running.

Aside from solely voting to help out friends who were campaigning, others also voted to see the change their friend could affect.

Carlos Llanes, criminal justice major, stated that he voted because he “knew some of the people running for senate,” adding that he feels the way they described how they can improve Cerritos would be “good to see.”

Anaya expressed that her motive to vote also came from understanding the fact that getting people to participate was difficult as she also ran for senate some time ago.

“I wanted to do my part,” said Anaya when asked what she thought about her participation.

Other students voted not only to show their support for friends, but to also effect change at Cerritos through the differences that could be made in club interactions.

Jamie Martinez, kinesiology major and part of the triathlon club, the veterans club and the mathematics club, said he was participating in the elections to help other clubs on campus.

Martinez explained that his experience with financing club activities was sometime challenging and unyielding. “Sometimes [clubs] struggle with getting funding for some type of event,” he continued.

He also said that he thought it was important to encourage the interactions among clubs and that perhaps his choice would prompt this interaction.

“The clubs should have more communication between each other because a lot of them don’t know what the other one does,” said Martinez.

Not only is participating in senate elections beneficial to achieving certain goals, but it is also helpful in respects to having someone representing the needs of specific groups.

Ariel De Los Santos, business administration major, said, “I believe it is good to participate in student government. I see that it helps a lot to have student representation.”