Robotics Club have bionic arm within reach with ASCC funding 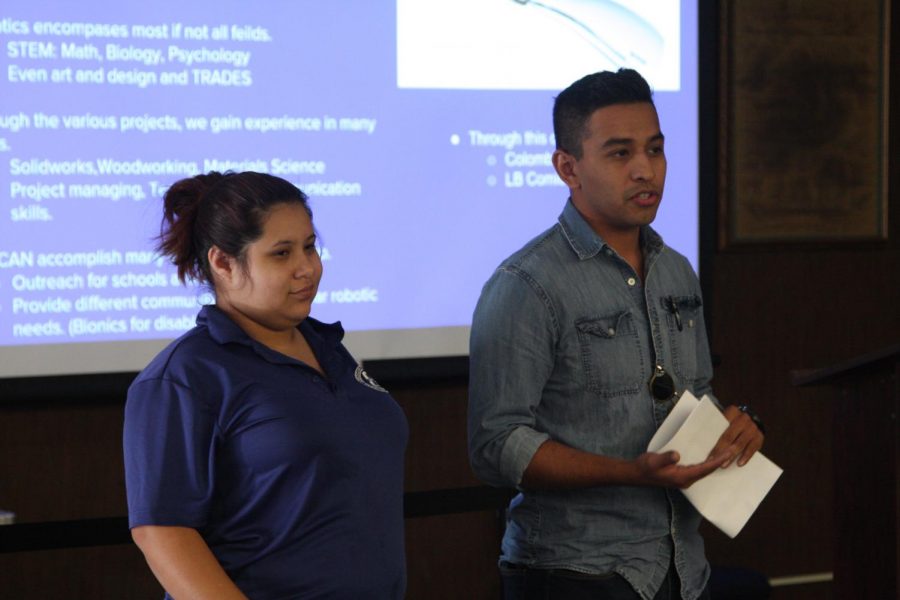 The Cerritos College Robotics Club, upon asking for funding from the ASCC Senate, has received financial assistance to build a bionic arm for people with disabilities.

The legislation to fund the Robotics Club passed without any objections from ASCC senators.

Robotics Club President Elena Robles said,“I felt really good about being funded. I was very nervous about the process.”

Being new to the roles of president and vice president, Robles and Joshua Ramos, mechanical engineer majors, said, “This semester we took it upon ourselves to really know what to do exactly and make sure to talk to the right people and finally be able to go through the process correctly.”

Some senators were concerned about how the money would be used in the club and asked if the parts can be reused.

Robles explained that the materials that were purchased were reusable and can be repurposed for other future projects.

Robles and Ramos also cited a growing number of members in the club as one of the reasons they needed financial sponsorship since the lack of materials was holding back how fast projects could be made.

During the club’s presentation, it was mentioned that funding for the club had not been approved by ASCC since 2016.

Ramos said, “We did ask for funding, but because we were new to the administration, I guess we did not have substantial information on how to proceed so it was either rejected or something was done incorrectly on our end.”

During the meeting, ASCC Senator Frank Perkins proposed to ASCC to approve the allocation of $5,000 believing that the Robotics club would benefit from a larger budget, but ASCC senators voted against this proposal.

The $5,000 budget “would have taken us for another two or three semesters,” but Ramos and Robles said they felt it was safer to only asked for what was needed.

Ramos said, “We only asked for a specific amount mainly because there is another request next year and we’ve heard that the senators are very picky on where the reserves go to. We thought it was wiser to really only ask for the bare minimum this semester.”

Robles and Ramos said that last semester the Robotics Club was mainly funded by other members and themselves.

“Being college students trying to survive on our own and funding our club meant that sometimes we couldn’t even eat. We required more funding from other sources to continue with the club,” Ramos said.

Robles, agreeing with Ramos, said, “Essentially if we did not get that funding, we may have not been able to continue with the club.”