A clearer view to the stars for Cerritos College 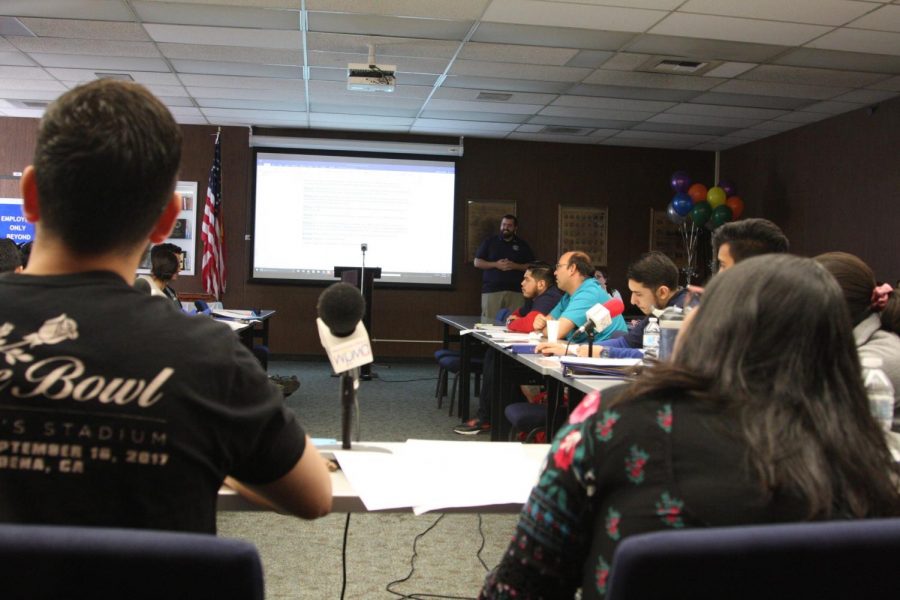 Senator Christopher Rodriguez introduced the bill to the Associated Students of Cerritos College. The legislation passed with 25 votes with one senator opposing.

The Associated Students of Cerritos College have adopted a legislation which asked for an observatory to be built on the roof of the Mathematics/Computer Information Science Building.

The bill was adopted with 25 votes for approval and one against. The senator rejecting the legislation cited the price of the observatory and suggested for it to be reviewed before it was approved.

The bill asked ASCC for $55,000 for the observatory to be bought from PIER-TECH Inc. and for fees to pay the Cerritos College Physical Plant and Construction Services.

The roll top observatory had been previously requested through a resource allocation request by Connie Boardman, dean of science engineering and math, and other faculty, but their request was rejected.

Boardman said, “It has been a priority of the department to get something similar, but unfortunately this year state legislature slashed the amount of money we get for instructional equipment.”

The proposal was introduced by Senator Christopher Rodriguez who said that the observatory would provide astronomy students with great learning opportunities.

Some senators were concerned about how the observatory would be accessible to people with disabilities.

Rodriguez said, “We are going to work with anybody in anyway possible, especially when it comes to DSPS or ADA compliance.”

Some complaints from Boardman were that the telescope could not be used often for classes or labs and that “every time students want to use it they’d have to climb on a step ladder and hold the telescope above their heads to mount it and access it.”

This will benefit astronomy students explained Rodriguez as “it will enhance in-class assignments and STEM research which will allows us to create our own research projects.

“This can provide students with an opportunity to further strengthen their research methods and develop more intricate labs to prepare students for a four-year institution lab work.

Astrophysics major Armando Avila said that the observatory would not only be for the benefit of astronomy students, but also the whole community.

Avila said, “ You have people with their families there and you have children who are brand new to astronomy, but they are loving the sight of the stars. I have personally brought meteorites so that they have a way to touch the stars.”

Boardman said that having the observatory will provide “better, easier and safer access to the telescope,” as well as be used for instruction in classes for student research.

Boardman also confirmed that the observatory would benefit the community. She said, “We have had night events in the past where the community has come.

“With this we will be able to take community members when we have these events up to the roof and share this wonderful telescope.

Rodriguez concluded his presentation by saying, “In the end this will be a good investment as it going to be here for a long time.