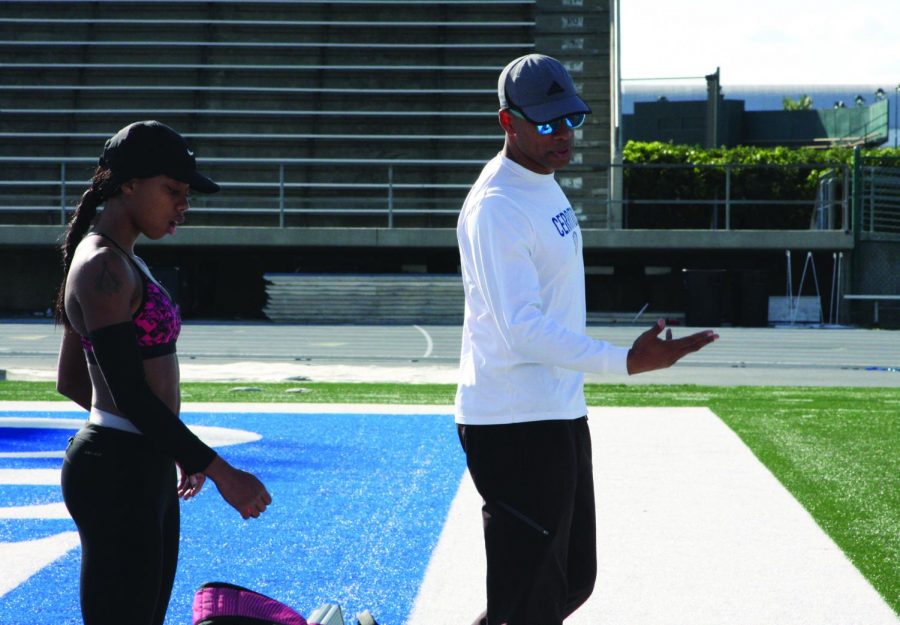 Services for on-campus athletes have been cutback by Cerritos College administrators in response to data they collected leaving student athletes to struggle.

The student athlete services included general counseling, tutoring and specialized resources such as National Collegiate Athletic Association specialists. According to the track and field coach as much as $35,000 were cut from funding reducing the $135,000 budget to $100,000.

Track and field coach Christopher Richardson said, “We’re not really serving student athletes the way we should and that is frustrating.

“I think we have a supportive campus as it relates to some of the athletic opportunities that our student athletes have. I am very proud of that but at the same time we also need to foster the academic growth of athletes.”

The college’s research concluded that not many athletes were attending tutoring hours and for this reason resources had been cut.

President of Faculty Senate Michelle Lewellen said that as far as she knew hours were not cut back, only moved.

Richardson also said that some student athletes “were devastated and quite a few of them were disappointed and […] worried,” about the resources that they had been afforded in the fall no longer being available this spring.

Vice President of Academic Affairs Rick Miranda said while reporting to Faculty Senate that the same resources and services would still be available as long as they are requested.

Miranda said, “It is not a takeover and change it situation. We are still going to have the same services just with more structure.

The only difference now is that the door is no longer opened for 10 hours a day, but now they [student athletes] contact them [Success Center tutors] and have something more focused.”

Richardson, also a faculty senate member, retorted, “To say that the services are the same is, I don’t agree with it just based on what I have seen on the restructuring.”

Senate member Terrance Mullins asked Miranda where the breakdown in communication came and how Miranda would avoid that breakdown again.

Miranda said, “The breakdown came where we should have gone back to the original creator [Richardson]to let him know of where things were.”

Richardson said, “Their justification on why the resources were dropped, none of that was communicated with me and that is the hard part.”

To avoid miscommunications he considered informing Lewellen more regularly and thoroughly of actions he would be taking where it would be concerning students and faculty.

Lewellen said of Richardson’s data not being used, “I don’t know, that wasn’t our decision. Academic affairs or Rick Miranda would make that decision.

“All we were doing was trying to get to the bottom of what had happened.”

In regards to the data collected by student affairs Richardson said, “I think it was tough because the questions that they are asking for their data, I would consider revenue generating questions.

“A lot of what I consider the true narrative was qualitative so students saying ‘I love creating study groups and collaborating with other students’ or ‘I felt more comfortable when I saw my other teammates in the library.

“Those kinds of things is what I would consider the essence of what this was. The narrative that I wanted to project with my data, none of it was used.”

Richardson concluded by saying that another reason that his data was not considered is that the data did not “use the Institution Effectiveness Research Program’s approach.”