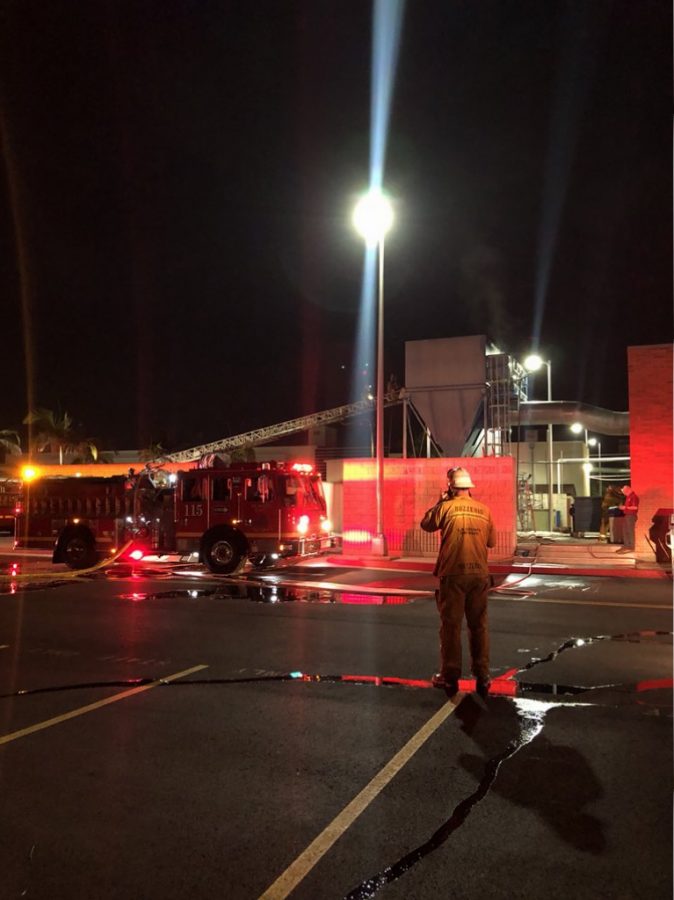 The woodworking building caught fire Tuesday night at around 8 p.m.. Norwalk's fire department put the fire out soon after arriving.

The Cerritos College Woodworking Department experienced a fire Monday night at roughly 8:18 p.m. when the hopper caught fire with the debris and sawdust that was inside the receptacle.

Classes held in the Woodworking Building have been cancelled until further notice by department chair Carl Stammerjohn.

Miya Walker, director of college relations and public affairs, says, “I am sure they are going to have to rework their curriculum because I’m sure a lot of that work that they were going to be doing are impacted now by the loss of the hopper so I am sure they’ll have to figure out how to resume classes and what time they will resume it but safety first which is why they decided that they didn’t want to put students in any potential harm’s way.”

Campus Police Chief Tom Galivan and Walker speculate the cause of the fire to be a spark or ember caused by one of the woodworking machines and was then vacuumed up into the hopper.

Walker states, “So apparently while some of the equipment was being operated in the woodworking shop, there was some small spark that ignited a wood chip that traveled into the vacuum system and apparently all of the woodworking debris and wood chips are funneled through the hopper, so that small little ember traveled through the vacuum system and ignited the whole system so it caught fire.”

Both campus police and the local fire department responded to the fire. The fire was put out shortly after they arrived.

The fire department stayed at the scene until about 11 p.m.

The fire department was also contacted Tuesday morning to investigate smoke emitting from the hopper but the situation was remedied and they left shortly after responding to the call.

Business administration major Elia Baltazar was attending her night class in the Business Education Building when her and and her classmates became aware of the fire, “It smelled like plastic melting so our professor was concerned once we where able to smell it in the classroom, she told us to cover our mouths and try not to inhale it and dismissed the class around 9 p.m.”

Walker states that the hopper will have to be replaced due to substantial damage caused by the fire and the water and foam used by the fire department to put out the flames, “it looked like a root beer float out there, but dumping all that moisture into a compartment that is not typically an environment for moisture and water they will have, I would suppose, a lot of damage for them to fix.” 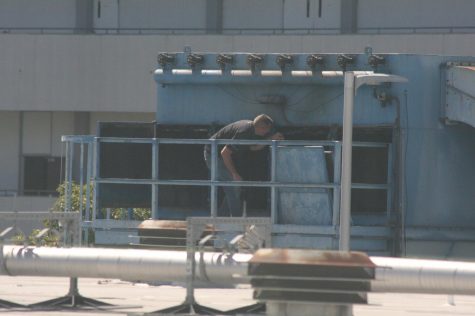 Walker goes on to state, “I’m sure they would have to go in and assess exactly what needs to be changed but I think it would probably take them some time to make that assessment.”

Investigation to the actual cause of the hopper fire is currently underway.