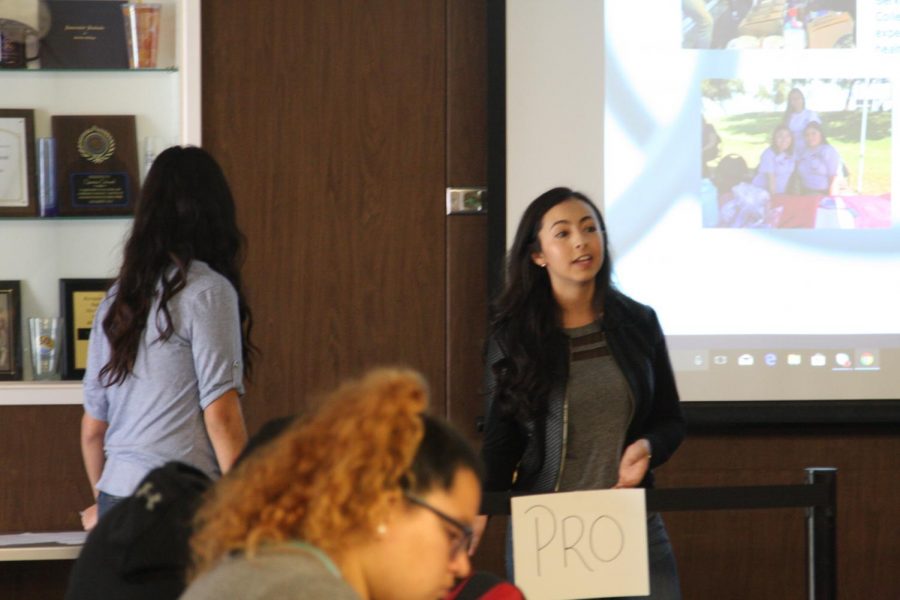 The Associated Students of Cerritos College recently passed legislation that would allocate funding to the Chicanos for Community Medicine’s health conference in a meeting held by the group.

The Chicanos for Community Medicine is a club that seeks to provide students with activities through various events held by them. It has been a part of Cerritos College since 2002.

A total of $6000 dollars was authorized by the student council to support the health conference that was planned.

Introduced by Senator Kathy Azzam and seconded by Senator Joshua Ramos, the legislation was discussed over the course of two separate meetings.

It was also subject to various changes by the student council which was mostly including money allocation.

It was approved and passed in the meeting on March 28.

The legislation, which included funds for meals, supplies, and decorations, passed with a 15-3 margin.

Senator Azzam, who was a supporter of the legislation, said, “I think this outreach for the colleges and high schools is essential because of the language barrier. The conference helps because it includes all students.”

Senator Robert Campbell, who voted against the legislation said, “I believe in the equality of all Americans. If we prioritize one group based on qualities granted at birth, we are creating an unequal society.”

The health conference, or the CCM’s Pre-Health Conference, is an event that will provide both college and high school students, as well as their families, with the opportunities to both learn about various resources provided by the school and other universities. They will also have a chance to network as well. It will take place on April 28.

Members of the club CCM were on hand during the student council meeting in anticipation of hearing the final vote on the legislation.

Georgette Farias, president of the club, stated that the ultimate goal of her group was to help minorities achieve positions in which they are under represented.

She said of them, “We have this community, where we help each other. There are very few doctors out there that are minorities and we seek to change that.”

She also stated regarding the health conference that it is not just for their group and those who they support, saying, “Its not just for the Hispanic communities, it’s for other minorities, and anyone is welcome. We always stick together. We help each other”

According to Farias, the club had held a similar conference in the past, which was under the name “Mi Mentor” in the past two years. That health conference experienced a good turn out and had a positive outcome, which according to Farrias, was why the group decided to push for another this semester.

Fundraising will still be continued by the CCM to fund the health conference, as was the plan before the legislation was put forth.