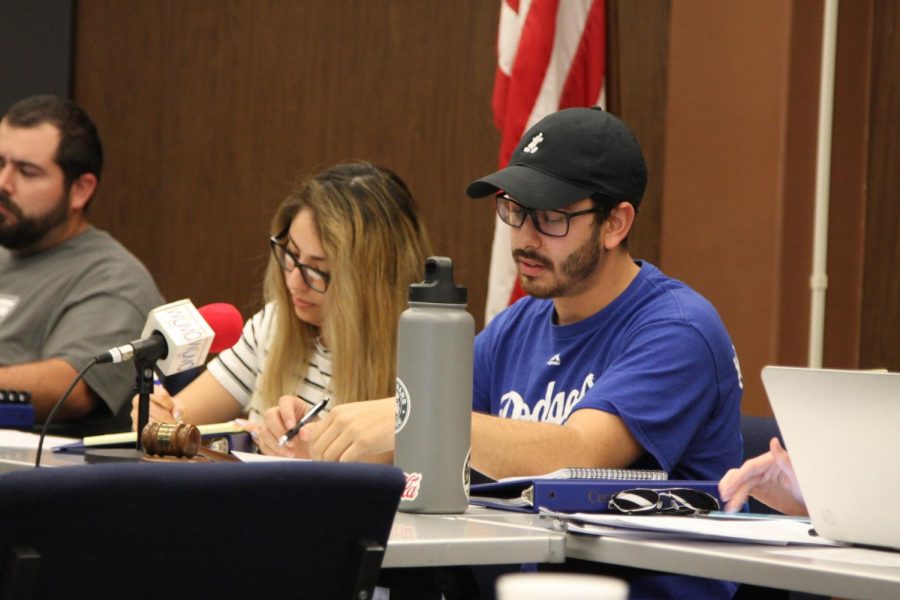 Vice presidents of the Associated Students of Cerritos College David Ramirez was displeased by actions taken in senate. He said, "It boggles my mind, the idea of funding undocumented students for half a scholarship that a normal citizen would get. That's just morally wrong."

The Associated Students of Cerritos College senate once again were presented with legislation for the Arduino Internship Opportunity, where the debate regarding undocumented student’s participation resurfaced.

This is the second time the legislation to increase funding to the NASA California Space Grant Consortium Community College STEM Project was presented.

In the meeting prior, the legislation sparked debate in the senate regarding its use to undocumented students.

During that meeting, the legislation was subject to various editing by the senate, with regards to language.

During the meeting on April 11, the senate was joined by the program adviser, Janet McLarty-Schroeder, who was on hand to answer various questions regarding the program.

After various budget changes to the legislation, the senate voted in an attempt to lower the amount of a stipend that was included as part of the program.

This move was seen by many in attendance as a way to limit the participation of undocumented students in the program.

Vice President of the ASCC David Ramirez was displeased with the decision made by the senate, and spoke in front of the meeting voicing his dissatisfaction with the outcome that was reached.

According to Ramirez, cutting the stipend is not the direction that he was hoping for the senate to take, as it severely hampers the ability for undocumented and international students to participate in the program.

In regards to what direction he would like the legislation to go, Ramirez said, “I have three options, we fund no one, that’s fine, that’s their decision, we fund two people, which is ok, or we fund six people.

“I don’t think we should partially fund scholarships for students, especially since its being prioritized towards undocumented students. 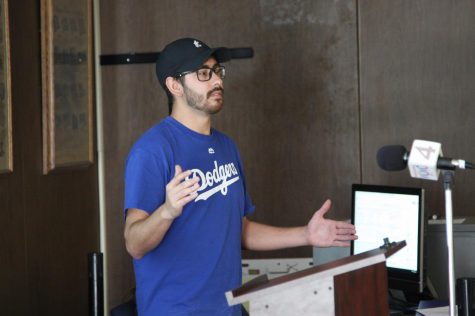 “It boggles my mind, the idea of funding undocumented students for half a scholarship that a normal citizen would get. That’s just morally wrong.”

According to Ramirez, the reason why undocumented students are being prioritized is because, “We already have ten students who are documented US citizens, and we want to expand the opportunities for those who are capable, and who have just the same aptitude as US Citizens but are not able to do so because they are undocumented. We wanted to equate the scales.”

Members of the public Yulisa Jimenez and Gisela Alverez spoke in front of the senate.

Both were previously students who participated in the NASA program. They recounted their time in the program, and encouraged the senate to consider passing the legislation.

Both held strong opinions regarding the inclusion of undocumented students.

According to Alverez, “One of the students in our team is undocumented. I’ve known him from other classes that he is, without a doubt, more that qualified. I agree with the Vice President Ramirez. I don’t think it would speak very well of the school at all. I absolutely agree with him on that.”

Jimenez held a similar standpoint, saying, “I’m beyond disappointed at the fact that they wanted to pay them half the amount of money. Them basically cutting the funding, and trying not to treat them equally, was really disappointing. I’m glad Vice President Ramirez mentioned it. In times like these it just does not play well. It does not look good.”

The legislation was ultimately sent to the appropriations committee for review, and will be presented to the senate during the next meeting on April 18.