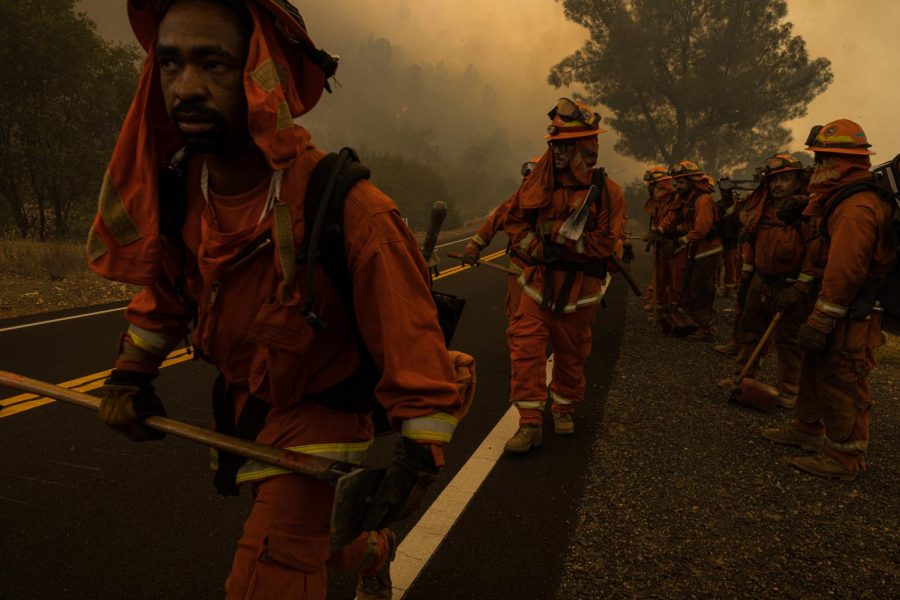 High winds and massive forest fires scorched over 694,000 acres throughout Northern and Central California, displacing 60,000 people and killing five in the record-breaking August heat. Climatologists say that this disaster has a direct link to rising global temperatures.

Thousands of lightning strikes surrounding the Bay Area have created large burning clusters fueled by thousands of acres of dry grass and foliage. The area was primed for ignition following a dry winter earlier this year.

Slow winds were all that was necessary to spread the fire, sending smoke and ash well into the low mountain ranges on the San Francisco perimeter, completely devastating the city’s air quality.

According to the Director of the Berkeley Atmospheric Sciences Center, David Romps, “every additional 1 ˚C (1.8 ˚F) of warming could increase lightning strikes over the US by about 12%.” The temperature in that region has increased by 3-4 F since the beginning of the 20th century.

UC Santa Cruz was ordered to evacuate along with thousands living nearby. The fires even took a toll on Big Basin, California’s oldest state park. The California Department of Parks and Recreation released a report saying the park sustained extensive damage, including the park’s headquarters, historic core and campgrounds.

The “Ranch 2” fire in Azusa also hurt nearing communities, which encouraged the South Coast Air Quality Management District to issue a smoke warning on Aug. 20. The fire released a plume of smoke visible from miles away, as more than 1,200 acres burn.

On Sunday, a transient by the name of Osmin Palencia turned himself in to authorities claiming responsibility for the Azusa fire. The alleged arson suspect is set to be arraigned on Sept. 11 according to the Los Angeles County District Attorney’s Office.

The intense heat wave throughout the state had many regions reporting temperatures in the triple digits. As of this weekend, the heat is subsiding, but gradually so.

An excessive heat warning was issued early in the morning on Aug. 21, specifically in the Southern valley regions of California. Death Valley just reported its highest temperature in a century at 130 F.

Governor Gavin Newsom declared a state of emergency concerning the failure of 15% of California’s power grid. As many as 3.3 million homes can lose power.

A state-wide Flex alert has been ordered, which calls for consumers to voluntarily conserve electricity from 3- 10 p.m. daily, which could also be problematic, since homes are most likely cranking up fans, freezers and air conditioners during the hot afternoons.

In Governor Newsom’s daily announcements, he says that the state was unprepared to deal with rolling blackouts of this scale.

“We failed to predict and plan these shortages and that’s simply unacceptable,” said Newsom, “I’m the governor, I am ultimately accountable and will ultimately take responsibility… to immediately address this issue and move forward to simply make sure this never happens again in the state of California.”